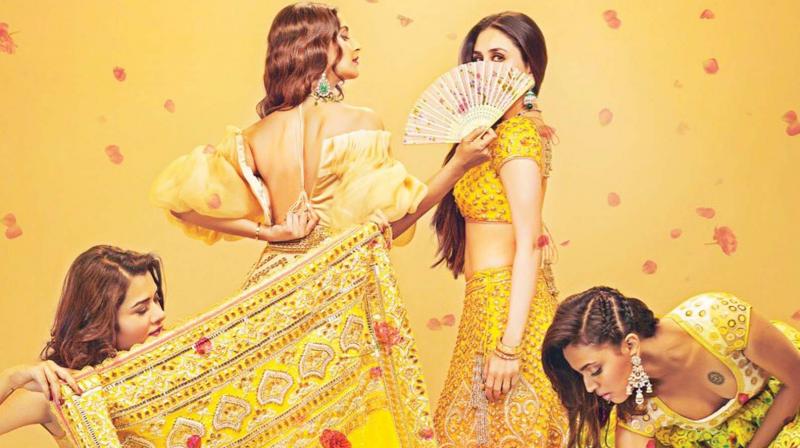 For a long time, the date of release for Veeri Di Wedding was announced as May 18.

Long ago, Bollywood filmmakers were not worried about English films or regional films. But ever since international films and regional films (read: Baahubali) started doing bigger business than Hindi releases, Bollywood makers have been wary of releasing the films on the same day.

For a long time, the date of release for Veeri Di Wedding was announced as May 18. The Kareena Kapoor-Sonam Kapoor-starrer directed by Shashanka Ghosh has been in the news because it marks Kareena’s entry on screen for the first time after turning mother to Taimur Ali Khan.

But ever since the Marvel superhero movie Deadpool 2 got its release date, it sent the makers into a tizzy. Last year, when the first part of Deadpool released opposite the Aditya Roy Kapur-Katrina Kaif film Fitoor, the superhero film wiped out the UTV produced film.

Deadpool 2 was earlier scheduled to arrive on June 1 in the US and India, but the release date was advanced recently leading to other makers also shifting their dates. “It is not a great idea to release the film opposite big franchise films movies from Hollywood. We have seen how even Yash Raj Films suffered very badly when Detective Byomkesh Bakshi was wiped out by Fast and Furious 7. Even in 2017, barring Tumhari Sulu, which edged ahead of Justice League, none of the Bollywood films managed to take on Hollywood movies,” says a trade source.

Later, Logan beat Commando 2, Beauty and the Beast beat Trapped and Machine.  Fate of the Furious thrashed Begum Jaan and The Jungle Book beat Fan. John Abraham’s film Rocky Handsome was pitted opposite Batman Vs Superman, and the latter worked at the box office.

This year, some of the tentpole films from Hollywood that will release in India include Black Panther, Death Wish, Pacific Rim: The Uprising and Avengers Infinity War among others. It will be interesting to see how Bollywood manages to hold its own in the face of international opposition.