NSD remembers Om Puri, the actor and the foodie

Friends and colleagues met up at National School of Drama to share their cherished memories of their alumnus Om Puri. 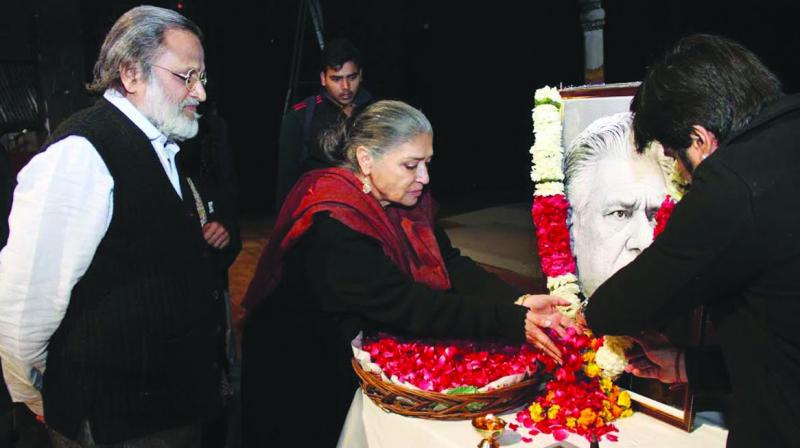 He was the “unlikely hero” who carved a distinct niche for himself in the Indian film industry by the dint of his acting prowess and powerhouse performances. Colleagues and friends from the film and theatre fraternity met up recently to recall their cherished moments with Om Puri, and a constant refrain that afternoon was their shock at his sudden demise. “Aaj use shraddhanjali dete hue ajeeb lag raha hai,” said eminent theatre personality Bhanu Bharti who was Om’s batchmate at the National School of Drama (NSD).

During a condolence meeting at NSD, Bhanu along with other close associates of Om spoke about many unknown facts about him, his habits, his dedication as an actor and why everyone was so fond of him. “He was a true Punjabi at heart. He spoke Punjabi very fluently. But he learnt speaking Hindi and English quite easily. One could hardly find any mistakes in his performance. I feel proud to have worked with Om, one of the greatest actors in the industry. I never felt he would leave us all so soon. His absence has left me with a sense of emptiness,” added Bhanu. 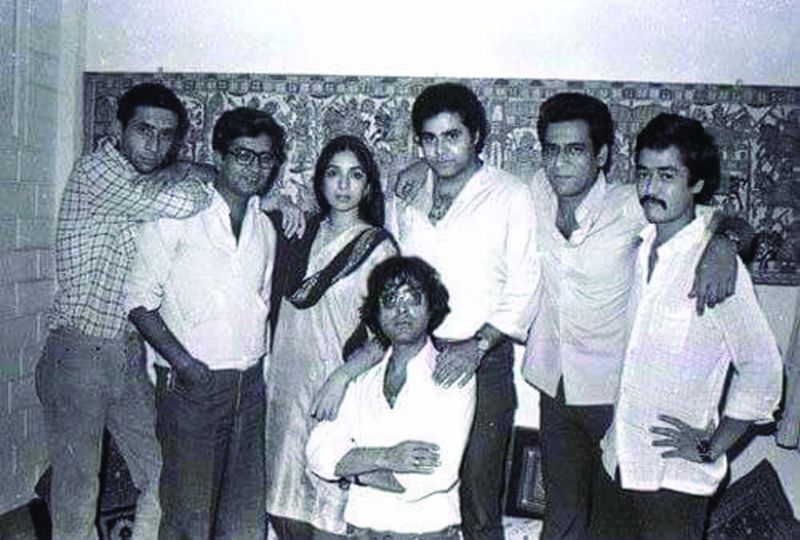 National Film Archive of India recently tweeted a picture of the cast and crew of the cult comedy movie Jaane Bhi Do Yaaro in remembrance of Om Puri.

Many of Om’s friends also recalled his warm and welcoming nature and his love for food. “Being a Delhiite, many of my batchmates and fellow students at NSD used to visit my place. It was in 1970s that I met Om. He was my junior and I vividly remember how every time he came home he used to say, ‘Jo bhi khane ko hai, le aao’. Especially whenever there were aloo paranthas, he used to be the first one to come and eat them,” recalled Devendra Raj Ankur, former director of NSD. “During his days at NSD, he used to call me every night. He would first discuss what  I had for dinner, and only then he used to come to the point and ask me for whatever he needed — be it poems or scripts of certain plays,” Devendra reminisced with a laugh, adding that one should take inspiration from such an actor and celebrate his works.

“While I do believe that Om was not able to be in touch with theatre like Naseer (Naseeruddin Shah) did, Om’s work was extremely commendable. Some of the characters he played in films like Aakrosh (1980) and Chachi 420 (1997), were characters which only Om could play,” said Devendra adding that he was someone “jiske rag rag mein theatre bhara hua tha. ”

Agreed Neelam Mansingh Chowdhry, Om’s junior at NSD, saying there was always an anxiety in Om to come back to theatre. “He used to always casually call me after midnight and begin with asking me, ‘Tum so toh nahi rahi thi?’” shared Neelam, who last spoke to Om on January 1. “When we were in Mumbai, he used to come over every evening to the house, carrying a tokra of sabzi saying, “Ajj raat nu main khana banawanga”, she recalled. While paying tribute, Neelam said it was tough to refer to him in the past tense: “How do you talk about him in the past tense? He was so important to me, and so epic. The mind is saddened with grief because there are so many memories.”