Entertainment   Bollywood  14 Dec 2017  Revealed: The mystery behind Deepika not wishing Anushka on her wedding
Entertainment, Bollywood

Revealed: The mystery behind Deepika not wishing Anushka on her wedding

Every celebrity from sports and Bollywood took to twitter to congratulate Anushka Sharma, except her “friend” Deepika Padukone. 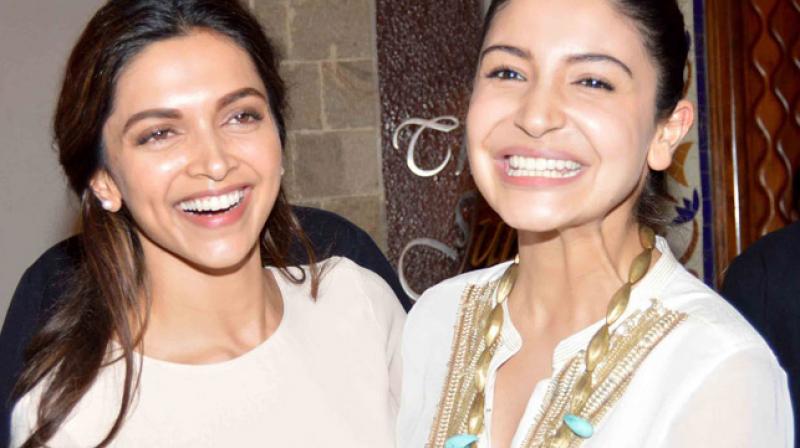 Anushka and Deepika at an event.

Mumbai: Every celebrity from sports and Bollywood took to twitter to congratulate Anushka Sharma, except her “friend” Deepika Padukone. An insider told Pinkvilla that Dippy felt like giving a “personal touch” so she personally messaged Anushka Sharma.

“Maybe not on social media, but Deepika has wished the happy couple personally and it was a warm message. She texted them both her best wishes individually post the wedding. Deepika likes to add her own personal touch to whatever she does – be it her own team or friends and social media can be a cold and impersonal way of conveying one's feelings. Also she has always been very supportive of Anushka in everything she has done as Anushka has been of her. They may have had issues in the past but now both have found admiration and respect for each other,” said the insider.

However a source also clarified to the website that the two actresses were never on good terms. A hint of it was revealed on ‘Koffee With Karan’s episode when Anushka along with Katrina Kaif kept mum when asked about the “friendship” with Deepika.

The cracks in their friendship might have formed when Katrina started dating Deepika’s ex Ranbir Kapoor and Deepika may have become fond of Anushka’s former boyfriend Ranveer Singh.

The source says, “While we know that Deepika and Anushka are on good terms today, it was odd that Deepika didn’t wish Anushka on social media, as the rest of the Bollywood stars. All the talk started when Deepika started dating Anushka's alleged ex-flame, Ranveer Singh but their relationship is much more amicable today so one would have expected her to wish Anushka on her special day. Till a year ago, Anushka was still passing sarcastic remarks on Deepika with the latter maintaining a calm façade and saying she considered Anushka as a friend but somewhere this year both patched up.”

“In 2015, Deepika tried to extend an olive brand when she planted a tight kiss of approval on Anushka's cheek, at the censor board meeting that took place between the Bollywood stars and the politicians. The actress had loved Anushka’s production NH10. Anushka has been vocal in her support too of Deepika's stand to fight against depression. When Shabana Azmi wanted to send the Deepika Bachao letter to the Prime Minister of India, Anushka was one of the first to sign up and take a stand. She even asked other actresses like Kangana Ranaut to join. So it seemed strange when Deepika didn’t wish her or Virat Kohli on Twitter when everyone was wishing the couple on their happy occasion,” adds the source.

Mrs. Anushka Sharma Kohli will be back in Mumbai to shoot for Aanand L. Rai’s next schedule, prepare for YRF’s ‘Sui Dhaaga’ and promote her production movie ‘Pari’. On the other hand, Deepika was going to have her Bollywood comeback with ‘Padmavati’ alongside Ranveer and Shahid Kapoor, but the movie’s release has been stalled for now.