The actor talks about his mantra for looking fresh and special bonding with YRF. 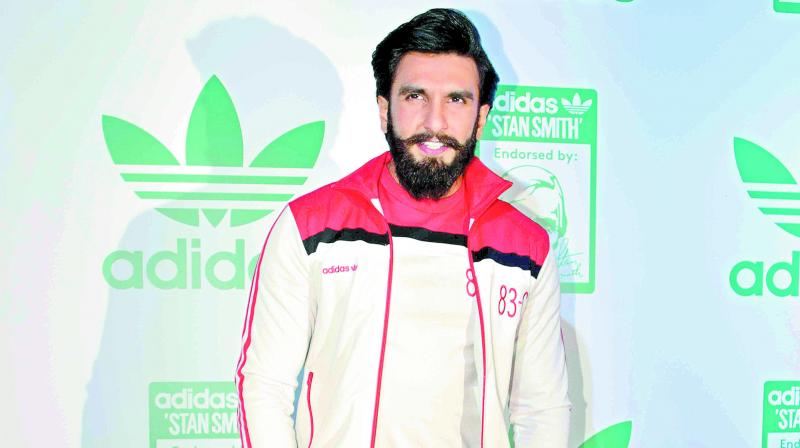 Young, vibrant and always peppy, actor Ranveer Singh’s enthusiasm is highly contagious. “It is easy for me to remain and feel fresh as I do not drink. For me, sleep of at least 6 to 7 hours is important. If that’s missing, the tiredness shows prominently on my face. When I wake up, I go for cardio-muscular exercises which also brings a glow on my face and my body is able to keep up with all the hectic shoots and the daily routine. I do not like to diet as I am a great foodie,” reveals Ranveer.

Giving a recent example of how he managed to cheat on his diet he says, “I had to go on a short diet for Befikre but in one scene, we had to eat Nutella which I love. The trainer was very strict and told us to stop eating, that’s when I told him, we are doing it for the scene and then we gulped it all.”

First time when Ranveer faced the cameras, he was just 21. “I was assisting Shaad Ali in those days. One day, I received a call from him, asking to board a flight to Paris immediately as he was giving me a chance to face the cameras. He was shooting for a Bollywood song in Paris for the city festival. It was a Pyarelal special number sung by Sonu Nigam and Shreya Ghosal. That was my first time, so I have a special bonding with YRF and Shaad. I will have to look up for this video, it should be lying somewhere at the YRF studios,” smiles Ranveer.