Stree to be a trilogy?

Known for their quirky filmmaking style and interesting concepts, the duo like to call themselves risk-takers. 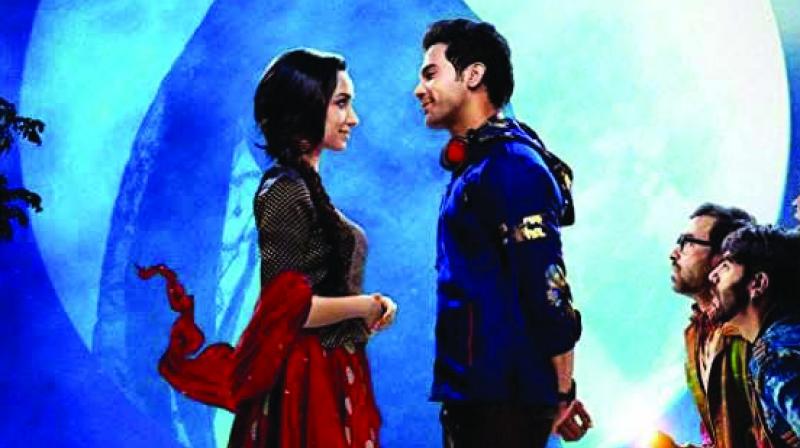 The filmmakers are now busy focussing their attention on the South Indian industry and are planning to direct a film in Telugu.

Raj Nidimoru and Krishna D.K, popularly known as Raj & D.K, are excited about their upcoming slate of films. The duo reveals that they will soon be making a sequel to their last year’s sleeper hit Stree. “We will surely make the second and the third part soon. We are sitting on the ideas. We will also make a sequel to Go Goa Gone,” they say.

Known for their quirky filmmaking style and interesting concepts, the duo like to call themselves risk-takers. “We feel we are much ahead of our time. We have often been complimented for our approach to filmmaking,” they add. But not all their films have been roaring box-office successes. Speaking about Sidharth Malhotra-starrer Gentleman, which flopped at the box-office, the duo reveals that they have still not figured out why the film didn’t work with the audience. “This was a fun-filled film. It was an action-popcorn kind of a comedy and we had a deliberate twist in the story. We are still pondering what went wrong,” they wonder.

The filmmakers are now busy focussing their attention on the South Indian industry and are planning to direct a film in Telugu. “We are in talks with Vijay Devarakonda and are in the middle of zeroing out on a timeline. The official announcement will be soon be made,” they conclude.