It's '83 wrap for Deepika Padukone

Ranveer’s character is that of Kapil Dev, and DeePee is essaying the role of his wife Romi Dev. 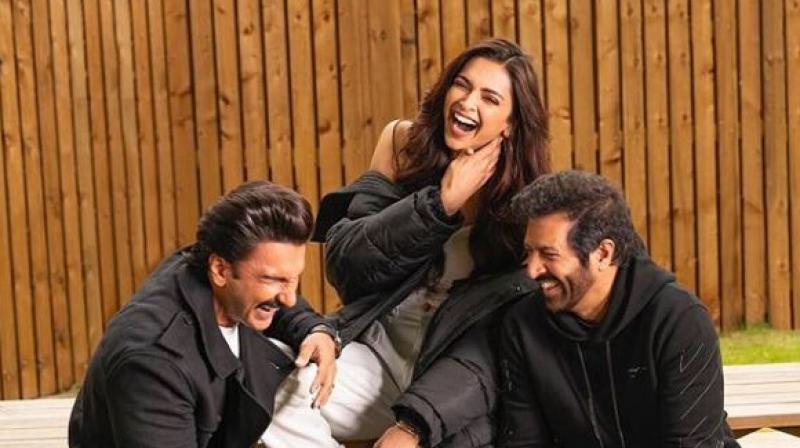 Mumbai: We all know that real-life couple Deepika Padukone and Ranveer Singh would be playing the reel life couple in Kabir Khan’s directorial ‘83 after their marriage for the first time. Ranveer’s character is that of Kapil Dev, and DeePee is essaying the role of his wife Romi Dev. Ranveer, earlier in June took to Instagram to announce that wifey Deepika is joining the squad on Kapil’s biopic. Now the latest news is that the 'Paadmavat' actor who has wrapped the shooting of the film based on India's victory in 1983 Cricket World Cup.

According to Mumbai Mirror report, the 'Tamasha' actor headed straight to Mumbai’s iconic Lalbaughcha Raja after completing her shooting. Notably, the 33-year-old actor walked barefoot to take the blessings of the Lord Ganesha.

Earlier in an interview with Bombay Times, Deepika revealed that her family shares a good rapport with Kapil Dev’s family. Talking about her character Romi, she said, "There isn’t a lot of material available on her. I have met her a few times, including our wedding reception, and I have interacted with her socially over the years. I am also referring to whatever material the director’s team has sent across to me. My parents have known their family for many years. So, I feel I know her and hope that she is proud and happy with the film. I intend to connect and spend some time with her before I start filming to be able to understand her perspective better."

On the work front, the actor has also wrapped up the shooting of her first production venture 'Chhapaak' in which she is playing a role of acid attack victim Laxmi Aggarwal. Helmed by Meghna Gulzar and also starring Vikrant Massey, 'Chhapaak' is scheduled to release on January 10, 2020.