The actor has also finished work on another OTT film called House Arrest. 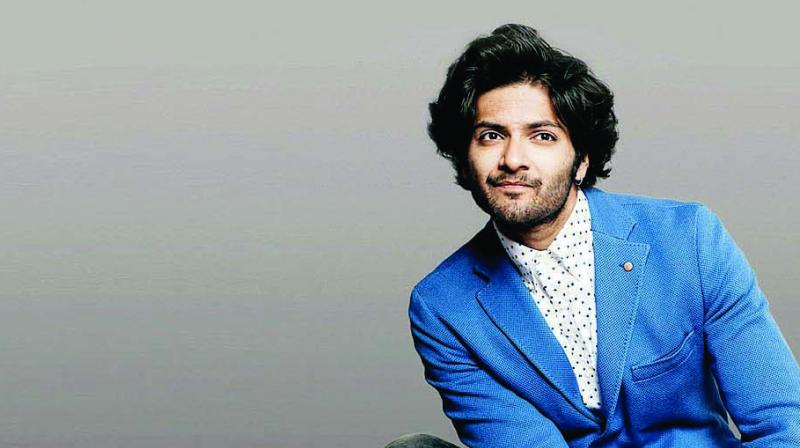 The young Ali Fazal is on a roll, as after sharing screen space with Judi Dench in the well-received Victoria & Abdul in 2017, he has now bagged a pivotal role in the new Agatha Christie adaptation, Death On The Nile.

“I don’t know how these wonderful things are happening to me and my career, but they are. I leave for shooting in a few days. After that, I will be in England for the next 75 days,” says Ali.

He is excited about his character in Death On The Nile, and says, “I’m not playing an Indian character. That, for me, is a big victory. To be an Indian actor and not be pigeon-holed. WSow!”

The actor also talks about his Death On The Nile director, saying, “The director Kenneth Branagh is a legend. His Shakespearean adaptations are a testimony to his greatness. And now he’s directing an Agatha Christie adaptation. My mother and I have been Agatha Christie aficionados for as long as I can remember.”

Ali is thrilled with the array of co-stars he will get to work with and lists them out for us; “There is the very happening Armie Hammer, Gal Gadot and Letitia Wright. And now, I just heard the amazing Annette Bening has joined the cast. I can see myself having a  blast. There’s so much to learn from these actors and technicians. I feel blessed,” says the actor.Back home, Ali has the Sanjay Dutt starrer Prasthanam and the web series Mirzapur’s second season on hand. According to the actor, the former project gave him a chance to work with Sanjay Dutt and Manisha Koirala, two actors he grew up watching and admiring, while the latter garnered him a lot of attention. “As for the second season of Mirzapur, I’ve already completed my work. But there’s time yet before it streams,” he adds.

The actor has also finished work on another OTT film called House Arrest. When probed about the genre of the film, he says, “It’s a dark comedy about a man who refuses to step out of his home for nine months. It’s not a thriller and it’s not a comedy in the normal sense. It’s hard to define. Shashanka Ghosh is the director, and I am curious to see how the audience reacts to it.”

As Ali prepares to fly out to London, he mulls over his lengthy separation from girlfriend Richa Chadha. “After a long time, I met her at the screening of her film Article 375. She is busy with her career; I with mine. We don’t get to spend as much time together as we’d like,” says the actor.

Prabhas weighs in for a small film

Sridevi did not want a Mr India sequel