Entertainment   Bollywood  14 Sep 2017  I am not ready with 'Don 3', that's too far off: Farhan Akhtar
Entertainment, Bollywood

I am not ready with 'Don 3', that's too far off: Farhan Akhtar

The 43-year-old actor-filmmaker says 'Don' can be taken ahead with a third part, but he needs to work on it. 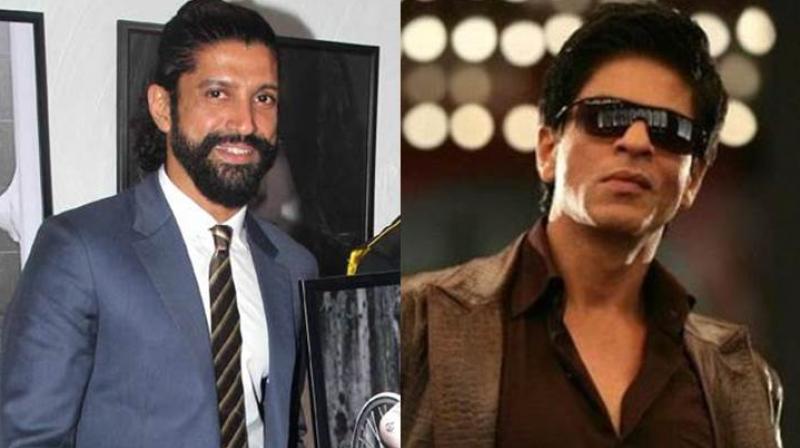 Both of Farhan Akhtar and Shah Rukh Khan's 'Don' films were successes at the box office.

Mumbai: Though it has been nearly 16 years since its release, 'Dil Chahta Hai' is still one of the most loved coming-of-age dramas in Bollywood, but director Farhan Akhtar is currently in no mood to take the story of the buddy trio forward.

'Dil Chahta Hai' starred Aamir Khan, Saif Ali Khan and Akshaye Khanna in the lead roles as three friends who share a deep bond, but have different approaches towards love and life.

The film, which was the directorial debut of Farhan, won a National Award and attained cult status, with its characters of Akash, Sameer and Sid resonating with the urban audience.

Though two years back there were reports about a sequel being planned, Farhan has denied any such development at the moment.

"I have not really considered taking the film forward. I feel there was a certain energy, mood and a time in my life when 'Dil Chahta Hai' happened and that's why I wrote it," Farhan told PTI when asked if he ever thought of making a sequel.

"Now if I think of (a sequel), I will be forcing the issue. It is going to go from 'what I wanted to say' to now 'something more should be added'. What was great about it when it happened, was there was no design."

Farhan, who has directed three feature films since 'Dil Chahta Hai', says to take the film forward, he would have to come up with a template, which would go with the organic feel of the movie.

The actor says 'Dil Chahta Hai' is a character-driven film, unlike his other directorial ventures, 'Don' and 'Don 2'.

"The minute we start thinking seriously that I have to do a sequel to it, then design comes into play. That is something I want to avoid. If ever suddenly the moment of eureka happens, then may be, who knows. But nothing as of now," he said.

The 43-year-old actor-filmmaker, however, says 'Don' can be taken ahead with a third part.

"The story of 'Don' allows you to take the film forward. It is plot-driven. But a film like 'Dil Chahta Hai' is so much about the feel, the characters, the vibe of how people are."

When asked, if he has plans for the third instalment of 'Don', Farhan says, "I am not ready with 'Don 3'. That's too far off."

The actor is currently awaiting the release of his latest film 'Lucknow Central', scheduled to release this Friday.