From Dhirubhai Ambani to Harshad Mehta!

Abhishek Bachchan, who played a businessman named Gurukant Desai in Guru, will soon return to the big screen as stockbroker Harshad Mehta. 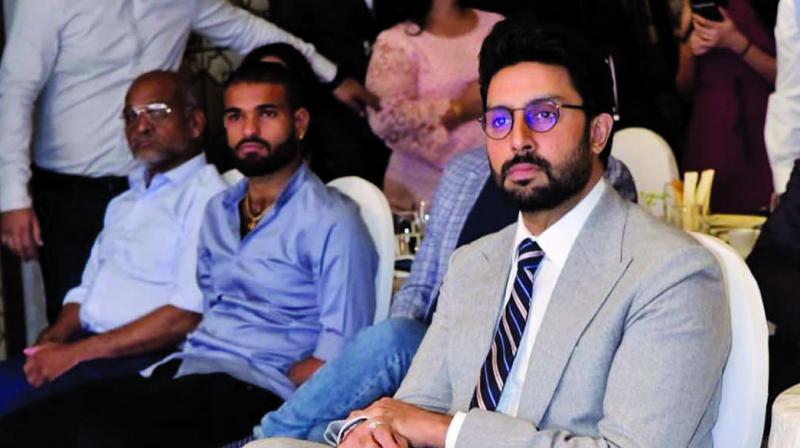 In 2006, writer director Sameer Hanchate made a gripping film called Gafla, based on the Securities Scam of 1992. The film was not very well received by the audience, but it managed to win a few awards. A television actor by the name of Vinod Sherawat played the lead in the film.

“The buzz is that Abhishek may play the lead along with Ileana D’Cruz, and the film may be bankrolled by Ajay Devgn. Ajay was in fact offered the same role, which was a spinoff on Harshad Mehta by Sameer Hanchate in the film Gafla, but he had refused it at that time for reasons well known to him. But the story that director Kookie Gulati brought to him was too good to let go. Abhishek and Ajay have worked together in films like Yuva and Bol Bachchan and share a fabulous working relationship,” says an industry source.

No official announcement has been made on this film thus far.

Abhishek Bachchan was last seen in Anurag Kashyap’s Manmarziyaan, and has finished shooting for Anurag Basu’s film Ludo, but hasn't signed on other projects yet.