Entertainment   Bollywood  14 Aug 2018  Irrfan Khan pulls out of another project after Sapna Didi, is the actor okay?
Entertainment, Bollywood

Irrfan Khan pulls out of another project after Sapna Didi, is the actor okay? 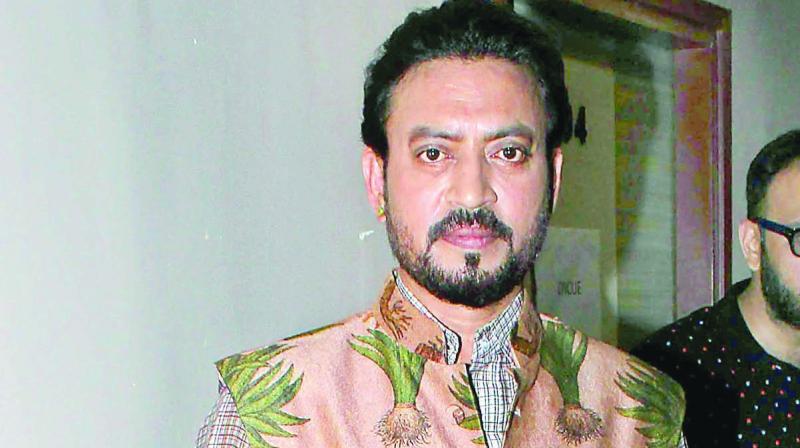 Earlier in March, the 'Life of Pi' actor announced that he had been diagnosed with a rare high-grade neuroendocrine cancer.

Khan, in a statement, said that it was one of his favourite projects and that he had a fun time on the sets, but only to discover his current physical condition, reported The Hollywood Reporter.

Further in his statement, the 52-year-old actor, with a heavy heart, added that he is truly disappointed that after much work was done in the show, he would not be able to fulfill his commitment to his favourite show.

The 'Hindi Medium' actor also added that despite exiting the project at an unusual time he is excited to see the final outcome, as he finds this show to be unique in the Indian satire space.

'Gormint', which was earlier titled 'The Ministry' has been created by a well-known Indian comedian, Gursimran Khamba.