Balbir Singh was a part of the winning team that brought home the first prestigious Gold for India back in 1948. 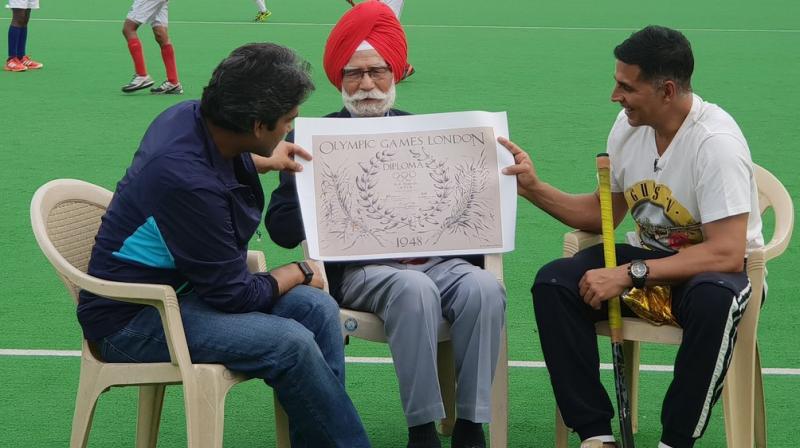 Kumar took to Twitter to praise Balbir Singh, stating that he was a part of the winning team that brought home the first prestigious Gold for India back in 1948.

Met the living hockey legend Mr. @BalbirSenior who was part of the winning team that brought home the first prestigious Gold for India back in 1948 along with @sudhirchaudhary. Such an inspiration of a man with even more inspiring stories. pic.twitter.com/3O8rSFt97I

Balbir Singh is a three-time Olympic gold champion. He played a key role in India's Olympic victories in London (1948), as a Vice-Captain in Helsinki (1952) and as the Captain in Melbourne (1956).

He is even called the greatest hockey player ever and is regarded as the greatest centre-forward that the sport of Hockey has ever witnessed.

Interestingly, his Olympic record for the maximum number of most goals scored by an individual in a men's hockey final still remains unbeaten.

Akshay Kumar's sports drama 'Gold' is set to take the audience back in time to witness a team's struggle to make India proud.

The upcoming flick will release this Independence Day, marking the occasion of the 70th anniversary of free India's first gold medal at the 1948 Olympics.