Entertainment   Bollywood  14 Jul 2018  After Deepika in Padmaavat, Priyanka demands profit share for her next?
Entertainment, Bollywood

After Deepika in Padmaavat, Priyanka demands profit share for her next?

Priyanka Chopra might be the first female, an actress, who will get her profit-share for a Bollywood film. 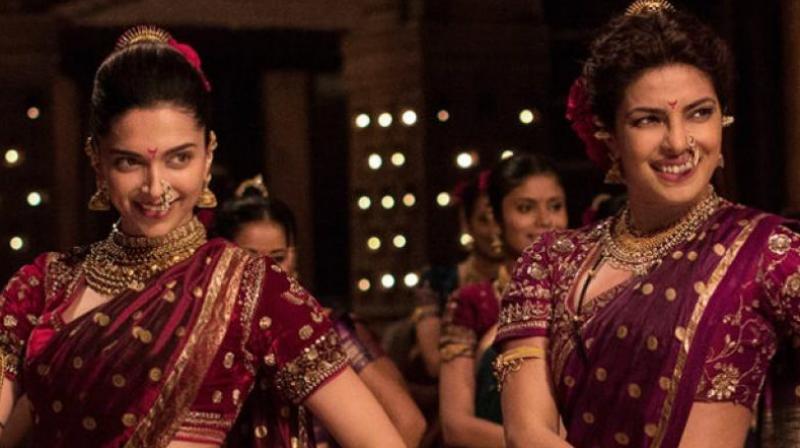 Deepika Padukone and Priyanka Chopra in a still from 'Bajirao Mastani'.

Deepika Padukone has often been in the news for trying to be the first actress to demand profit share from her movies. She did so with ‘Finding Fanny’ (which did not find any fate at the Box Office) and tried so again with ‘Padmaavat’, but was silenced with fee hike.

Now her biggest competitor Priyanka Chopra seems to have demanded a hike for her next film (of course not ‘Bharat’ but) ‘The Sky Is Pink’, which is being directed by Shonali Bose and will star Zaira Wasim and Farhan Akhtar too. She too is in the same situation where Deepika once was, as discussions are being held about the profit-share.

A source told Mid-Day, "Shonali Bose's film banks on Priyanka and Zaira Wasim, who plays her daughter in the movie. Priyanka understood that if she needed to make this venture feasible, she couldn't command her regular fee. In such a scenario, she thought it would be better to take a share of the film's spoils after it has done well. This is the first time a Bollywood actress will be doing this. So far, we have usually seen male actors demand a cut of the profits since they pump in the money as well."

"The topic has so far been broached with one of the producers. The profit cut is yet to be finalised. Before the film is officially announced, the respective parties are expected to come to a consensus on the same, following which she will sign on the dotted line," adds the source.

If things work out, which it looks like it might, then Priyanka Chopra will be the first female, an actress, who will get her profit-share for a Bollywood film.