Watch: SRK-Anushka will give you DDLJ feels with JHMS's Butterfly song 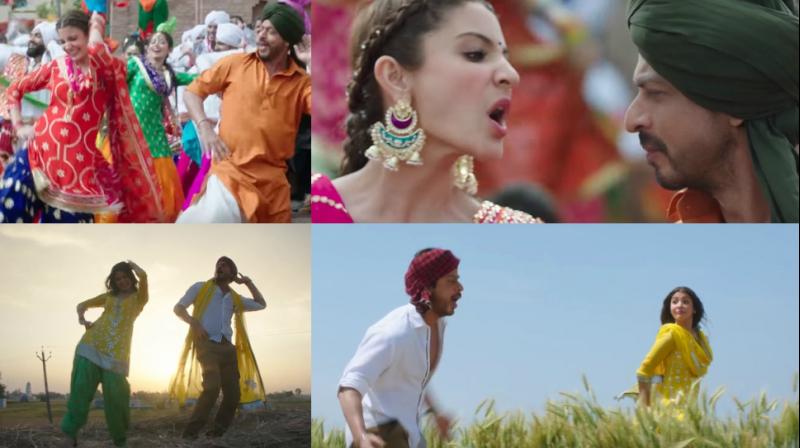 Mumbai: The teaser of the song 'Butterfly' from 'Jab Harry Met Sejal' saw a complete contrast in the characters of Shah Rukh Khan and Anushka Sharma's characters Harry and Sejal, since the modern pair in Europe suddenly went all traditional.

Shah Rukh Khan and Anushka Sharma’s characters Harry and Sejal went from being European to Punjabi within no time, as was evident in the teaser of the song ‘Butterfly’ from their film ‘Jab Harry Met Sejal.’

The makers have now released the full song and the pair has brilliantly aced their traditional Punjabi avatars like they nailed the western looks in Europe.

Harry gets the turban on and Sejal goes crazy over him. Not high-end cars, he rides the tractor and gets romantic with Sejal in ‘sarson de khet’ (sunflower fields).

The pair also showcases their trademark Bhangra moves to the groovy beats of the song composed by Pritam and sung by Aaman Trikha, Nooran Sisters, Dev Negi and Sunidhi Chauhan.

The Imtiaz Ali directorial ‘Jab Hary Met Sejal’ is gearing up for release on 4 August.