Ranveer was coming out of a restaurant when a barrage of fans, who had gathered outside the restaurant, pounced on him. 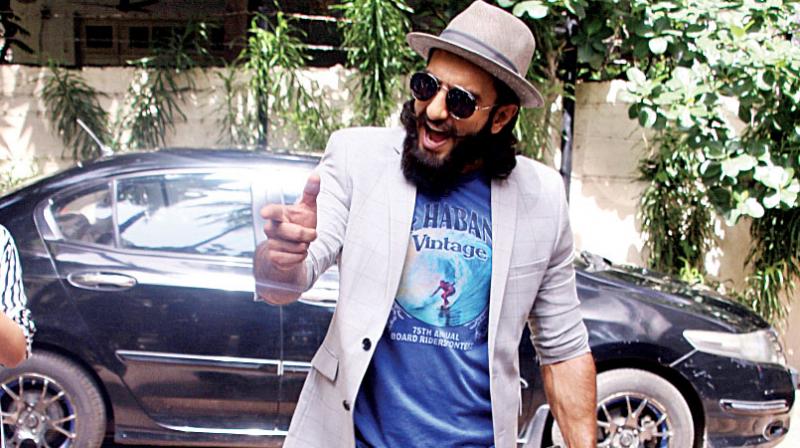 We saw Ranveer Singh completely swarmed the other day. The actor was unperturbed though. He seems to revel in the attention and doesn’t freak out even when the fans get a tad too close to him while taking selfies.

Ranveer was coming out of a restaurant when a barrage of fans, who had gathered outside the restaurant, pounced on him. Ranveer did not have much space even to move around. However, he gestured to his bodyguards to calm down and not shove the fans around as it happens with all other stars whose security personnel aggressively butt in.

Ranveer patiently took pictures with each one for a good three to four minutes and then proceeded to his car after the fans were happy. Ranveer’s spokesperson confirms, “Ranveer has always believed that fans make one a star. Given that he is also a people person, he is happy to interact with his fans and doesn’t find it taxing. Interacting with them comes naturally to him. His bodyguards are instructed to keep only rowdy people at bay, but other than that he knows that it’s a safe and pleasant interaction.”

Here’s one star that the other actors can learn from.