It is not easy to enact bold scenes, says Aahana Kumra

The scene highlights the sexual urges in a woman and the fact that a woman is not fine with getting married to a stranger anymore. 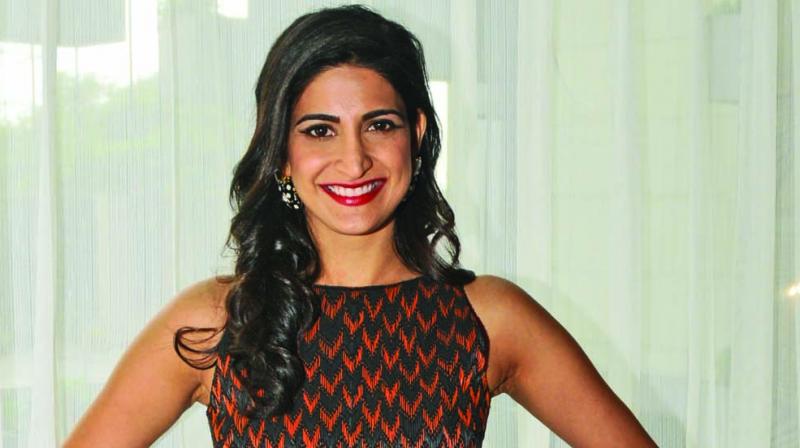 The trailer of the film Lipstick Under My Burkha has several scenes of physical intimacy featuring actress Aahana Kumra. One such scene has Aahana’s character being caught by her mother while she is having sex just before her marriage with a guy who’s not her fiance. When the mother slaps her for the “indecent act”, she replies, “Aur karao zabardasti meri shadi.”

The scene highlights the sexual urges in a woman and the fact that a woman is not fine with getting married to a stranger anymore. Says Aahana, “It is not easy to film such scenes, especially when you are doing it for the first time. I never thought I would be able to do something like this. Taking up the role was like a now or never situation for me. Thoughts like Mummy Papa kya sochenge, bagal vali aunty kya kahengi, did come to my mind. And even worse was the thought that will I be offered the same kind of roles in future?”

The actress, who now seems confident about the soon to release film, mentions how she was nervous about her parents would react after watching the film.

“My mother watched the film during Mumbai Film Festival (MAMI 2016). I was in Tokyo then for the film’s promotions. She called and told me she was proud that I have done a role like this. She related with Ratna (Pathak Shah) ma’am’s character the most. She was glad that I took up subjects which I never imagined I would take,” says Aahana, who was in the city for the promotions of Lipstick.

On her experiences of filming intimate scenes with co-actors Vikrant Massey and Vaibhav Tatwawaadi, she says, “I couldn’t have worked on such a role without Vikrant. When we were first told about the scene, we discussed at length how we would enact the scenes. But when it actually came to filming them, we both just froze. We kept staring at each other for five minutes. Director Alankrita (Shrivastava) gauged that we were not comfortable and immediately asked the unit to leave the sets.”

She adds, “There were times when I was shooting five days in a row, one day with Vikrant, the other day with Vaibhav (Tatwawaadi). One morning, I was having breakfast and noticed that my lips were blue. And I didn’t know who did it (laughs). These scenes are gloriously portrayed on screen, but there’s a lot of physical discomfort that an actor has to go through.”

Aahana, who is a known face in the theatre world, has also had some experience of working for the small screen with TV show Yudh alongside Amitabh Bachchan.

Speaking about switching mediums, she says, “I make sure that I challenge myself as an actor, irrespective of the medium. But each medium comes with its own set of challenges and in that sense, I have learned a lot from theatre, where you can never go unprepared on stage. You have to reach out to the last person in the last seat, even with your expressions,” she explains.