Is it Fatima vs Katrina for Aamir?

Let’s hope she ends up with more to do than she had the last time she teamed up with Aamir Khan and director Vijay Krishna Acharya in Dhoom 3. 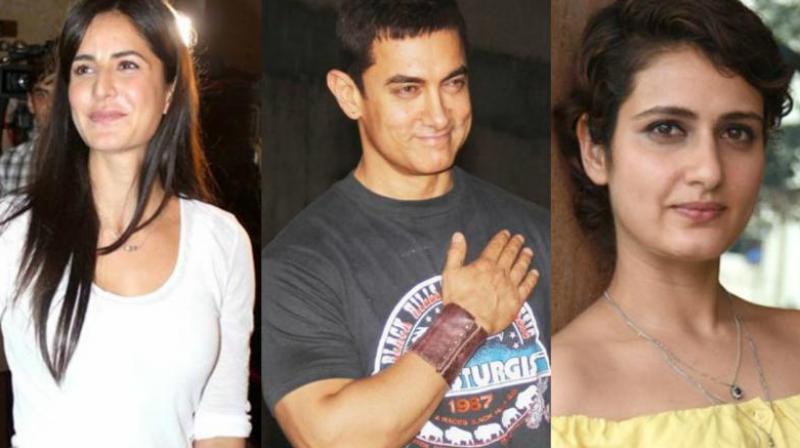 Katrina Kaif is one troubled soul. While the fate of her film Jagga Jasoos has yet to come in, there is more for her to worry about in her next project Vijay Krishna Acharya’s Thugs Of Hindostan.

Sources claim Aamir Khan is taking more than a passing interest in the film’s other leading lady Fatima Sana Sheikh who played Aamir’s daughter in Dangal. Fatima was signed for Thugs Of Hindostan on Aamir’s insistence, and he also is personally supervising and guiding her through the role.

A source in the know cautions. “If I were Katrina I would be apprehensive about my role. Aamir who calls the shots in every film is at it again. He is making sure Fatima gets better screen space in the script.”

Rumour has it that Fatima’s role was fairly sketchy until Aamir stepped in. And now that Fatima’s character is not what it was earlier, the film’s official leading lady Katrina may feel short-changed.

Let’s hope she ends up with more to do than she had the last time she teamed up with Aamir Khan and director Vijay Krishna Acharya in Dhoom 3.