In a hilarious video on Instagram, the actor’s family can be seen mocking him while he did the Gulabo Sitabo tongue twister challenge 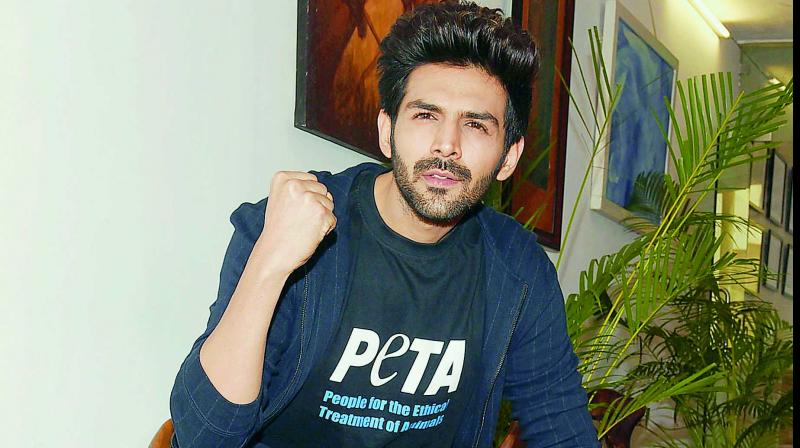 Recently, when Amitabh Bachchan tagged actor Kartik Aaryan in the Gulabo Sitabo tongue twister challenge on social media, little did he know that it would invite brutal trolling for Kartik. No, not by online trolls or fans, but his own family members.

In a hilarious video shared to Instagram, the Pyar Ka Punchnama actor can be indulging in the tongue twister with interruptions from his family; his mother doesn’t believe that he has been tagged by Amitabh Bachchan.

“Kya unke itne bure din aa gaye hain jo wo tujhe tag karenge? (Is he (Amitabh Bachchan) going through such bad days that he will tag you?),” she asked. Amazed by his mother’s reaction, the actor responded, “Mummy, mere achche din bhi toh aa sakte hain? (Good days could have come for me too, right?”
Kartik’s sister then jumped in, saying “Tag Karan Johar kar rahe hoge, Kartik Aaryan ho gaya galti se (He must have been going for Karan Johar but tagged Kartik Aaryan by mistake).”

Soon after, Varun Dhawan and Arjun Kapoor took to the comments section of the video with the latter writing, “Mummy is on a roll… khel gaye… she is the star of this lockdown… (sic).”