Parallels will be drawn: Parineeti Chopra

The actress, who will soon be seen in the Hindi remake of Hollywood classic says that it is natural for the audience to make comparisons. 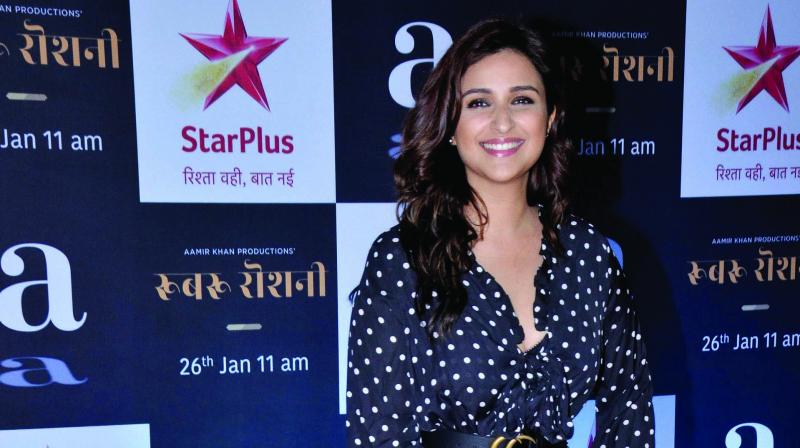 Parineeti Chopra is on a roll with her big film choices currently, as is now set to start the official remake of Hollywood’s hit thriller The Girl on the Train. Pari will reprise the hugely acclaimed role of the protagonist, essayed by Emily Blunt in the original, and she is okay with people comparing her performance with the Hollywood superstar’s.

“Emily Blunt’s performance in The Girl on the Train had blown my mind, and it is a privilege for me to play the character that she has essayed so brilliantly on screen. The restrain and range she showed as an actor while playing a girl who is troubled and battling herself in the film showed what a fantastic actor she is. When an actor does a remake of a loved film, there are expectations to match the original, if not better it. So, I realise that the audience will look at our film and draw comparisons to the original as well as compare my portrayal of the protagonist versus Emily’s,” Parineeti says.

The actress further adds, “There is nothing an actor can do in the remake to steer away from this conversation, so the best way to approach this film for me is to embrace the fact that parallels will be drawn. Since the original film was so well received by people, I’m hoping my film will also receive equal acclaim. I’m not thinking too much about the comparisons because I want to do my best to bring this character to life for Indian audiences.”

Based on the 2015 bestseller by Paula Hawkins, the film narrates the story of a divorcee woman who gets entangled in a shocking missing persons investigation that throws her life to the edge. Pari compliments Emily for giving her a super reference point to start her prep for the film.

“Emily’s performance is a super reference point for me. She has brought to life a character from paper and she was genius at it. I will look to try and add my own rendition to the character that people have seen and loved so much. As an actor, I have always wanted to challenge myself and enjoy the process of acting. This role gives me an opportunity to do just that and showcase my versatility even more. I hope it will be interesting for people to see how Emily and I performed the same role with our individual uniqueness,” says Pari.