Is Saaho a superhero film?

Director Sujeeth says that the story may not be a quintessential superhero film, but actor Prabhas is like a superhero for him. 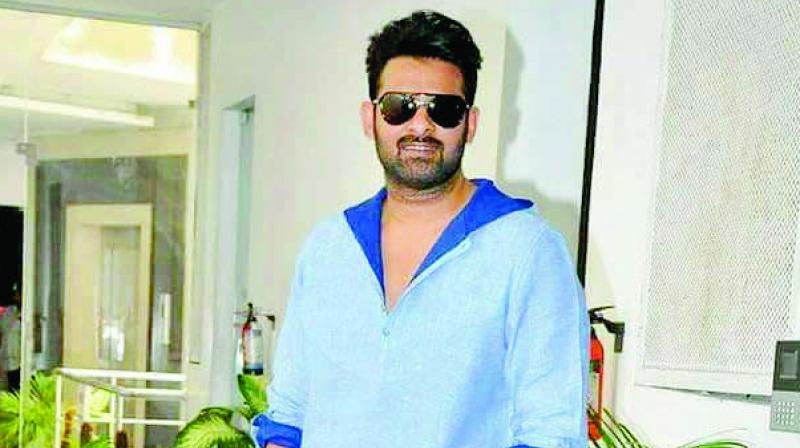 Post Baahubali, fans are eagerly waiting to see South superstar Prabhas on screen. The director of the film Sujeeth finally unveiled the teaser of his next film Saaho on Wednesday, and he kind of leaves us in a state of bewilderment when asked if Saaho is a superhero film.

Sujeeth says, “I don’t term it as a superhero movie because normally when you say ‘superhero’, it kinds of includes something surreal. But there is no surreal thing in the movie, it’s a natural thing — like what’s happening in the world. But I call it superhero because Prabhas is like a superhero for us after he did Baahubali. When you watch the film it might look like a superhero film, but it is not a superhero film.”

Written and directed by Sujeeth, Saaho, which features Prabhas and Shraddha Kapoor is being touted as the most expensive action film. Especially with action films, where the heroine is left with barely any space to explore, the director reveals Shraddha has enough screen space in the film.

However the teaser of the film begins with Shraddha Kapoor. “When I wrote the character, even though Shraddha plays a new heroine, she gets the same screen space. I never increased on decreased because Shraddha is a part of this movie. When I first made my first movie, my mom said ‘you didn’t have an important role for the female character’. I took it personally and thought I will make my female characters very strong. The moment you see Shraddha in the film, she kind of drives the film till the end. Every character should take the story forward and that what I believe,” he clarifies.

The director also debunks the idea that he is under pressure with this film, considering Prabhas is a huge star down south. “I don’t feel any pressure, because Prabhas believes in me and that makes you comfortable. I don’t socialize so I don’t know what people are saying. Now, when I am out talking to people, its kind of building up pressure. I am not on Twitter and all, but people send me some screenshots. I read once where someone has written 'the movies should be good nahi toh (or else)… ‘ so this is the kind of stuff that I receive,” he reveals.