The ad didn't go well with Indian audiences as many people started criticising it on social media. 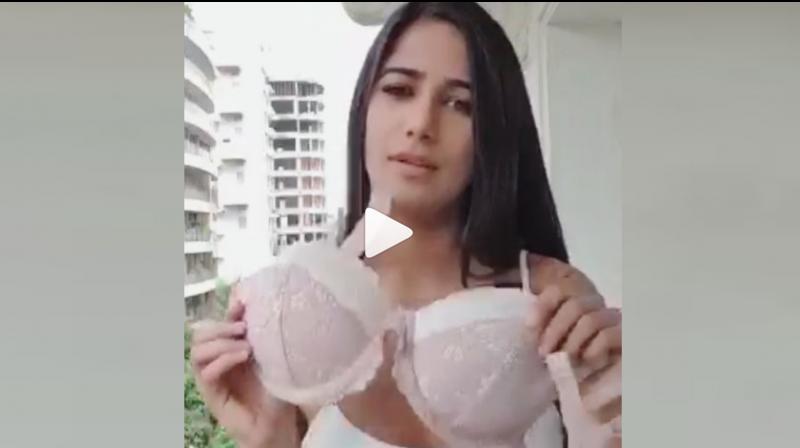 Mumbai: Ahead of India-Pakistan world cup match, Pakistan had recently released an advertisement in which they mocked Indian Air Force officer Abhinandan Varthaman, who was held captive earlier this year. The ad didn't go well with Indian audiences as many people started criticising it on social media.

Amidst all, Poonam Pandey has given a befitting reply to Pakistan in a surprising manner. She offered her D-cup to the makers who were talking about the teacup.

Posting her response on social media, Poonam Pandey captioned the video, "My Answer to the Pakistani AD. #INDvPAK World Cup 2019."

My Answer to the Pakistani AD. #IndvsPak World Cup 2019.

In the video, Poonam removes her bra and offers her D-cup to have tea from it. Taking a dig at the controversial ad, Poonam says, "I saw this Pakistani ad yesterday on my Whatsapp, making fun of a war hero. Dear Pakistan that is not cool."

Later she strips her bralette and says, "You can even have tea in the double D-cup."

Apart from this, Poonam had also shared her braless picture on her Instagram handle when Team India won a match in ICC Cricket World Cup 2019.