After all the interesting posters, Dharmendra and his sons Sunny and Bobby Deol are back as ‘Yamla Pagla Deewana Phir Se’. 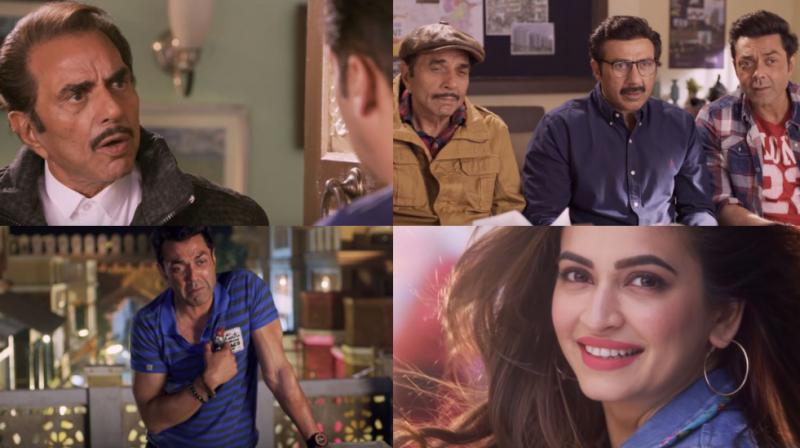 After all the interesting posters, Dharmendra and his sons Sunny and Bobby Deol are back as ‘Yamla Pagla Deewana Phir Se’. They in fact have a very dashing mastana joining them this time, but we’ll come to that later. The teaser of this film, like promised, is out and it has many surprise elements. Here are some of them:

Quite interesting, considering the teaser came out with Salman Khan’s ‘Race 3’ release round the corner, and Rajinikanth’s ‘Kaala’ still running in theatres.

This wasn’t exactly a surprise, but Bobby Deol enacts this scene and his reason is quite hilarious too!

Maybe there’s too much Bobby Deol happening, but what else do you expect when is also part of ‘Race 3’?

4. The Deols attempt at speaking Gujarati

It’s something you should see and judge for yourself. Punjabis trying to speak in Gujarati could either turn funny or plain offensive.

That’s right! Salman Khan has a cameo in this film too, and he’s the fourth member, Mastana. How cool, nah?