Race 3: Salman does Dabangg step on Allah Duhai Hai while team is ‘Being Human’

Salman Khan and his team ‘Race 3’ is all set to show their movie to people worldwide in a day. 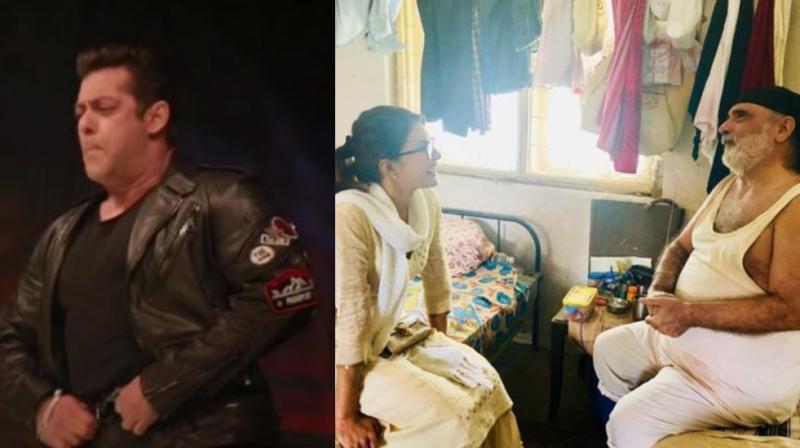 Salman Khan in 'Race 3', Jacqueline Fernandez at an old-age home.

While Salman Khan and his team ‘Race 3’ is all set to show their movie to people worldwide in a day, the makers have released a video of the making of their title song.

Here Salman can be seen doing an impromptu ‘Dabangg’ and ‘O o jaane jaana’ step, which makes everyone turn into sweet laugh. Watch it here:

Apart from it being a Salman Khan movie, ‘Race 3’ is expected to earn 30 crore on its opening day in India. This is especially possible looking at the response of people around, who are eagerly waiting to watch the movie in 3D on the festival of Eid.

While Salman has been promoting his movie on a larger scale for the audiences, his team consisting of Jacqueline Fernandez, Daisy Shah, Bobby Deol, Saqib Saleem, Freddy Daruwala and Anil Kapoor, have done their bit in ‘Being Human’.