Bharat: Priyanka Chopra to be paid same as Deepika Padukone's fees in Padmaavat?

The ‘Bharat’ makers have sealed the deal with PC in whopping Rs 12 cr; the amount equal to what DP received for Bhansali’s last film. 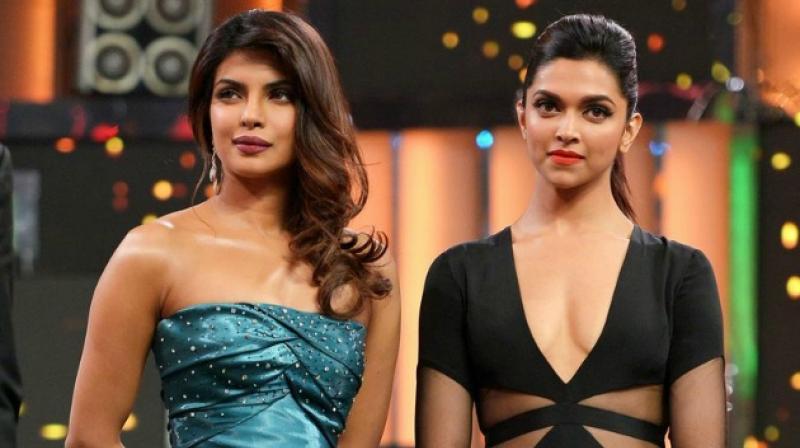 Mumbai: Deepika Padukone became highest paid actress in Bollywood when the news surfaced that she charged whopping Rs. 12 crore for her lead act in Sanjay Leela Bhansali's controversial period drama 'Padmaavat'. And now, rumour has it that Priyanka Chopra is being paid the same amount for Salman Khan starrer 'Bharat'.

According to Mid-day, PeeCee and her team quoted Rs. 14 crores to star opposite Salman in 'Bharat'. After discussions, the deal was finally settled at Rs. 12 crores, which is equal to what Deepika Padukone got for Sanjay Leela Bhansali's 'Padmaavat'.

Earlier, Deepika had candidly mentioned on one of the talk shows that she was paid more than the two male leads Shahid Kapoor and Ranveer Singh in 'Padmaavat'. Now that Priyanka has the same pay as Deepika, it is safe to assume that both the actresses are the highest paid in the industry.

The two global stars have always been vocal about their need for pay parity, as usually the male actors are paid more than the female.

In an interview to BBC, the 'Quantico' actor said that she does not like being paid less than the boys. She went on to reveal that she was once offered five percent of what the male co-star was paid.

Both Deepika and Priyanka, among many other actresses in the entertainment industry, are working super hard to overcome gender based pay disparity.

On the related note, 'Bharat' is the Hindi remake of the South Korean film Ode to my Father. Directed by Ali Abbas Zafar, the film will be shot in Mumbai, Punjab, Delhi and Abu Dhabi. 'Bharat' is slated to go on floors in August and will release on Eid 2019.