The Ashim Ahluwalia directorial had impressed wmassively with its first teaser. 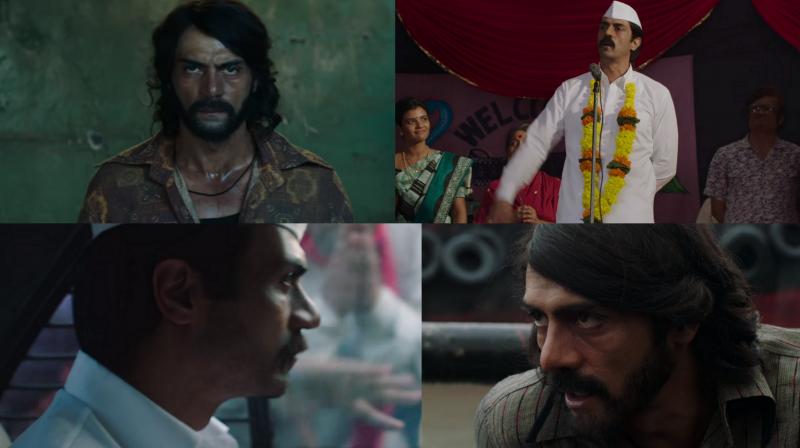 The Ashim Ahluwalia directorial had impressed wmassively with its first teaser.

Mumbai: Arjun Rampal has often been lambasted for his lack of acting skills, but the fact remains that the actor has survived in the industry for a good sixteen years with an esteemed National Award to his credit.

The actor, however, had impressed all and sundry with his terrific act as Arun Gawli in the teaser of Ashim Ahluwalia's 'Daddy'.

And the trailer reiterates the notion that Arjun might have delivered his career best in this gritty film.

'Daddy,' looks like the very gangster saga that the Indian audience that has perennially yearned for more from the genre with a near voyeuristic eagerness.

The film, which also stars Farhan Akhtar in a crucial cameo as Dawood Ibrahim (Farhan also makes a brief appearance in the trailer, like he did in the teaser), chronicles the life and times of gangster-turned-politician-turned-convict Arun Gawli, who once was the most dreaded names in Mumbai.

Arjun, a very unlikely candidate for the role, has sunk his teeth deep into the role, evidently having embraced the opportunity with renewed vigour.

The film is slated for a July 21 release.