Salman and Prabhas to star in the same film? Here's the truth 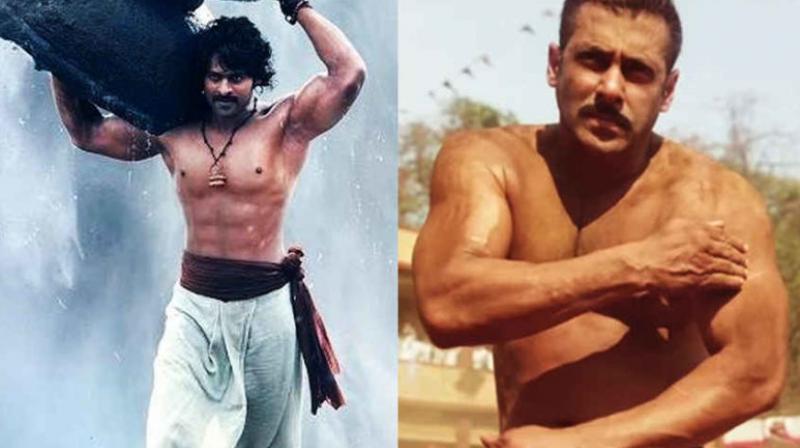 Prabhas in a still from 'Baahubali' and Salman Khan in 'Sultan.'

Mumbai: Prabhas' next film 'Saaho' after the blockbuster 'Baahubali: The Conclusion' has already gone on floors.

However, his Bollywood debut has been much in the news even before the SS Rajamouli directorial had released.

While there were reports that Karan Johar and Rajamoli will launch Prabhas in Bollywood, a newspaper report on Tuesday claimed that Rohit Shetty would be casting Prabhas and Bollywood superstar Salman Khan together in a film.

The news did sound too good to be true and too audacious, but the report immediately went viral.

Rohit himself chose to put the rumours to rest before people actually start believing it was the truth.

"It is fake news! I'm in Spain for the last three weeks shooting for Fear Factor. I don't know where this rumour started," Rohit told Pinkvilla.com.

Rohit’s ‘Golmaal Again’ will be releasing during Diwali this year and his next film post that is likely to be with Ranveer Singh, who he has expressed a wish to work with several times before.