Kangana Ranaut has seen a lot, her experience with this industry has been difficult and very different from most people. 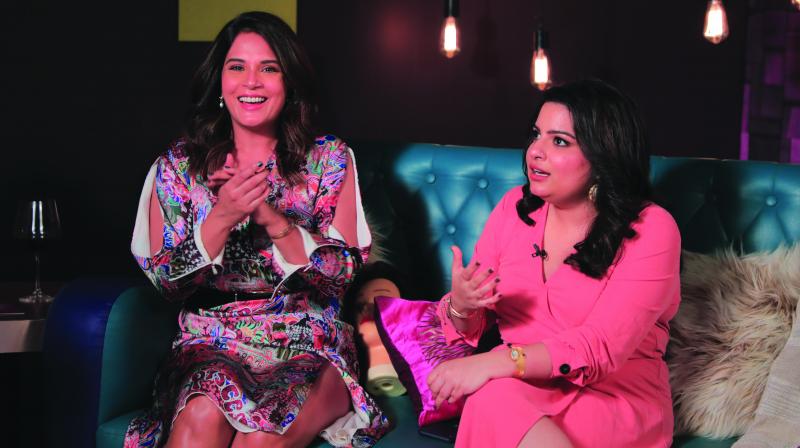 Contrary to what one may feel, Richa Chadha and Mallika Dua have a lot in common.

Contrary to what one may feel, Richa Chadha and Mallika Dua have a lot in common. Both are fiercely opinionated, they speak from the heart, aren’t afraid to call a spade a spade and most importantly they both live life on their own terms! Undoubtedly their coming together for the very first time calls for a guess that they are here for making some explosive revelations and #NothingToHide conversations with host Renil Abraham.

Talking about her views on Kangana Ranaut and her infamous war of words in Bollywood, Richa Chadha said on By Invite Only, “If I have a problem with someone, I wouldn’t have a war of words with them on a public platform. This is because I don’t want to say it. Not because I lack the courage. I have the courage and I want to say it sometimes, but I’d say it on-on-one”. Adding to this, Mallika said, “Kangana Ranaut has seen a lot, her experience with this industry has been difficult and very different from most people. She was supposedly antagonising people and that is a risk someone is choosing to take. Where we draw the line is how much we milk it, how much attention we give.”

Speaking on the hatred Mallika and Sara Ali Khan got for sharing Instagram posts on the day of Pulwama attack, she said, “If you are going to say, get out of the country because you are an anti-national, I have a question for you — Why is this your father’s house? They say that you are not displaying your grief, so you are not grieving and you are an anti-national”. Talking about the video that she uploaded on the day of the attack which was blown out of context, she added, “Supposedly eminent people like Barkha Dutt didn’t do their research and they also started sharing it. It’s ridiculous because you realise that ultimately people go on twitter to shit, it’s a toilet. Whatever you do, they will shit on you.” Richa Chadha sharing another incident pointing out irresponsible and crass behaviour by trollers shared, ‘I posted something for world earth day and the font was in green and they were like green is your favourite colour because your boyfriend is Pakistani.”

Taking the conversation to a lighter note, Renil asked who are the Bollywood actors who should stop singing, to which Mallika promptly responded “Farhan Akhtar and Alia Bhatt”. Richa, when asked about the weirdest rumour she heard about herself, says “That I was dating Saqib Salim”. When asked the most overrated actor, Richa responds with a wisecrack, ‘Payal Rohatgi! Her first film was ‘Ek Se Mera Kya Hoga’!