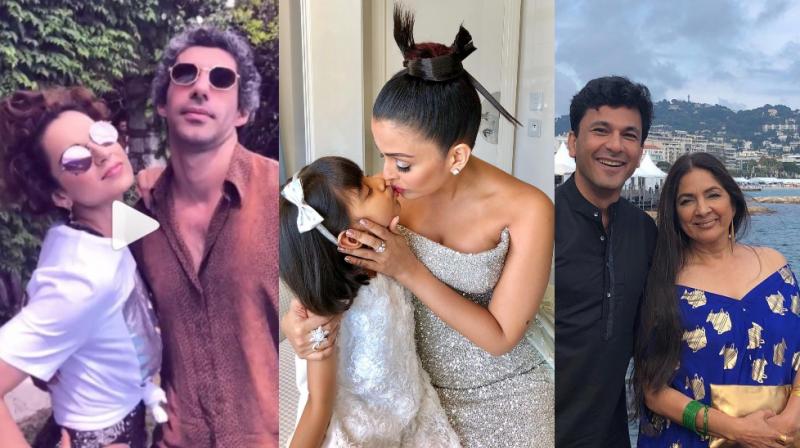 Aishwarya, whose first post was about her little daughter Aaradhya, seems to be absolutely obsessed with her, as she took Aaradhya to Cannes with her.

Even though Aishwarya mesmerized us with her purple dress, her sunshine Aaradhya Bachchan has captured her heart.

A post shared by AishwaryaRaiBachchan (@aishwaryaraibachchan_arb) on May 13, 2018 at 2:15pm PDT

She took Aaradhya to meet Helen Mirren, one of the main names associated with L’Oreal.

A post shared by AishwaryaRaiBachchan (@aishwaryaraibachchan_arb) on May 13, 2018 at 1:48pm PDT

And she even kissed her on the lip, as they both shimmered in silver and white. Their hairstyles are also worth noting.

LOVE YOU UNCONDITIONALLY💖😘😇✨Happiest Mama in the World 😍

A post shared by AishwaryaRaiBachchan (@aishwaryaraibachchan_arb) on May 13, 2018 at 9:57am PDT

Kangana Ranaut went crazy with ‘Padmaavat’ actor Jim Sarbh at Cannes, as they both showed some moves in public.

Actress Neena Gupta, who also made her debut at Cannes this year with Vikas Khanna’s film, wore an outfit which is the exact copy of Neha Dhupia’s Mehendi dress. See it here: