Entertainment   Bollywood  14 May 2018  After Dhadak and Simmba, Janhvi and Sara likely in Karan Johar’s next too
Entertainment, Bollywood

After Dhadak and Simmba, Janhvi and Sara likely in Karan Johar’s next too 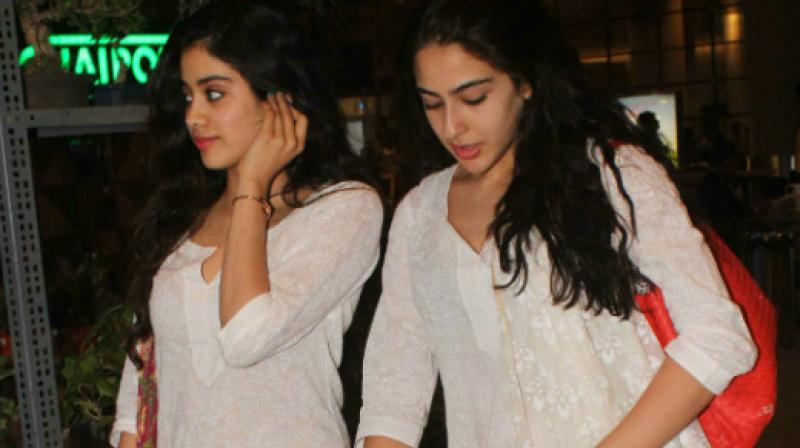 Karan Johar is giving Janhvi Kapoor as well as Sara Ali Khan their big launch in Bollywood with ‘Dhadak’ and ‘Simmba’.

But apart from these two movie, the star kids (late Sridevi’s daughter and Saif Ali Khan’s daughter) are reportedly all set to star in Karan Johar’s next too.

While Janhvi, according to a report on Mid-Day, is being considered for Vikram Batra biopic with Sidharth Malhotra, Sara Ali Khan might star in ‘Rannbhoomi’ with Varun Dhawan.

That makes sense, after all Karan’s ‘students’ will graduate after their debut film and who better to make progress than the students who have already graduated?

While Janhvi makes her debut with Ishaan Khatter, who is also relatively new to the industry, Sara is learning from the masters of entertainment Ranveer Singh, Rohit Shetty and of course, KJo himself.