Entertainment   Bollywood  14 May 2017  There's a lot of change in the working pattern of Bollywood :Shilpa Shetty
Entertainment, Bollywood

There's a lot of change in the working pattern of Bollywood :Shilpa Shetty

Shilpa Shetty was last seen on the silver screen in Anurag Basu's ' Life in a Metro' in 2007. 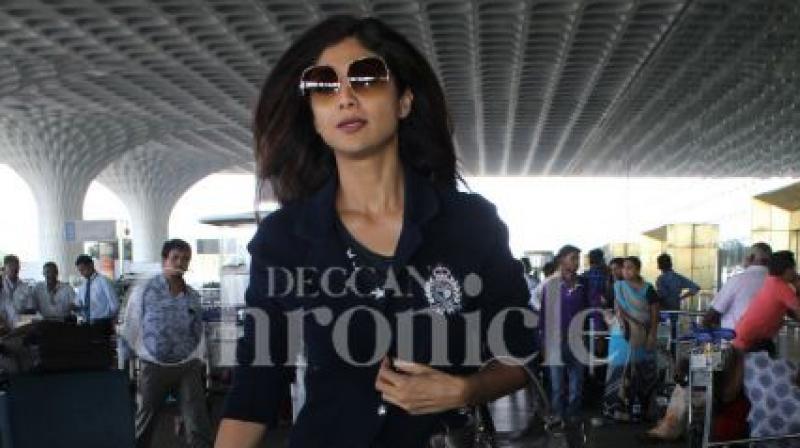 Mumbai: Bollywood diva Shilpa Shetty who has been a part of Bollywood for more than 20 years, feels that she is witnessing a lot of change in the working patterns of Bollywood.

When asked about it, the 41-year-old-actres told ANI, "I have been a part of Bollywood since a couple of decades. My last movie was 10 years ago, but I can see a change in the working pattern. There is still madness, but there is a method to the madness. Bigger studios are coming and investing in movies. It is becoming more streamlined. That is one of the main differences I see."

The actress could not stop praising the younger generation and said that "every second movie you see, there is a new actor or actress and they are so talented."

"There is an influx of very new actors, unlike our times where there were just four or five big actors and four or five smaller actors, now we see, that there is a new actor or actress and they are all so talented. So it is not like that they do not deserve this due that is given to them. It is a trying time for the new people, but it is a welcome change," she shared.

Shilpa Shetty was last seen on the silver screen in Anurag Basu's ' Life in a Metro' in 2007.

The actress is not in the mood to head back to Bollywood and she is busy with his fitness channel and performing her duties as a mother and she is not actively seeking work.