Sarkar 3, which released on Friday morning, didn’t see a good opening, and has failed to make money. 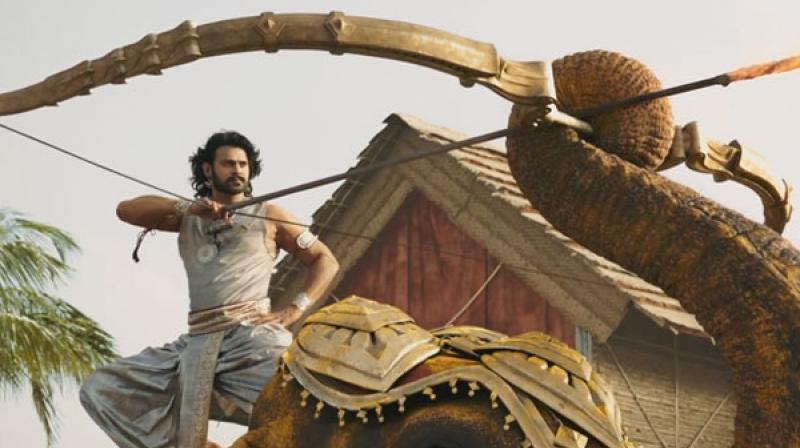 A still from 'Baahubali: The Conclusion.'

Given Baahubali 2: The Conclusion’s strong hold over the box office, this week’s new releases, Sarkar 3 and Meri Pyaari Bindu are finding it hard to keep the cash registers ringing.

Sarkar 3, which released on Friday morning, didn’t see a good opening, and has failed to make money.

Says distributor Rajesh Thadani, “The opening was not great. It was only about Rs 2.25 crore, so it’s been quite disappointing in terms of the figures, and even the reports are not encouraging. On Saturday too, there’s hardly been occupancy.”

He adds, “The Baahubali fever is still going strong, and the sequel has collected more than the other two movies. Even the combined figures of both Sarkar 3 and Meri Pyaari Bindu are lower than that of Baahubali’s friday collection. The wave is still on, and Baahubali has collected about Rs 9 crore all over India on friday.”

Sarkar 3 also had to face issues getting the right amount of screens, as a lot of theatres weren’t keen on pulling Baahubali off from many screens, given the demand.

When asked about it, distributor Sanjay Ghai from Delhi said, “Sarkar 3 had barely any audience on Friday. We don’t think the film will sustain for too long. It has hardly collected close to Rs 2 crore on Friday.”

Trade analyst Amod Mehra says, “Sarkar 3 has done extremely badly. It’s a disaster. Even on Saturday it’s been as bad as Friday. There’s been no improvement at all. There’s no scope for the film to sustain because it’s been rejected by the audience.”