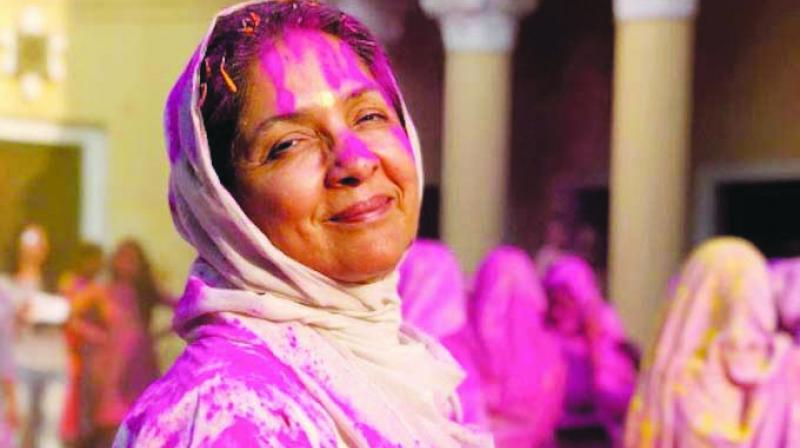 From openly asking for work on the social media to captivating the audience with Badhai Ho!, Neena Gupta is an actress par excellence. And at the moment, the actress is in a happy phase of her life as her film The Last Colour is running a sold-out show.

A screen adaption of Chef Vikas Khanna’s novel of the same name, Neena plays a widow named Noor. Directed by Vikas, the film set in Varanasi  revolves around Neena and tight-rope walker Choti who befriends Noor.

A grab from the film

The actress re-posted a video on Instagram where she is seen dancing with a small girl. The video originally posted by Chef Vikas Khanna is captioned as, “Its overwhelming to see Sold-Out Screenings for my humble creation in so many film festivals. My heart is FULL. ???? Thank youuuu all. Thank You Ma for standing with me every-time I am reborn. @bindu.khanna. Har Har Gange (sic).”