Coolie No 1 to launch on Varun Dhawan’s birthday

Two of the chartbusters composed by Anand-Milind for the original Coolie No 1 in 1995 will be re-imagined for the remake. 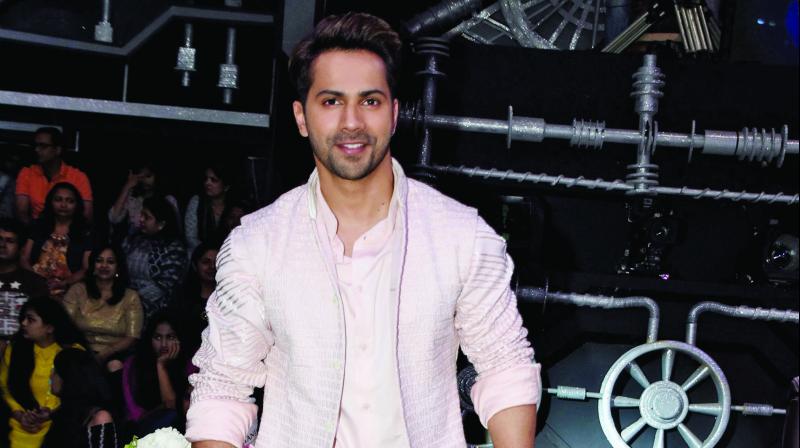 Varun Dhawan turns a year older on April 24 and his birthday will also mark the official launch of his next film Coolie No 1, which will be directed by his father David Dhawan.

The entire Dhawan clan, including Varun’s girlfriend, is expected to appear together on a stage for the occasion.

Says a source, “On Varun’s birthday, the details of his next film Coolie No 1 will be announced.”

The original ‘Coolie No 1’ Govinda is also expected to be present to grace the occasion. But considering how moody Govinda sounds about his relations with David Dhawan, we wonder if he will turn up.

Here are some details of the newly-revamped remake that will be revealed officially on April 24.  Varun plays a very hip and trendy coolie. “The red uniform that Govinda and Amitabh Bachchan wore in Coolie No 1 and Coolie is a thing of the past. If you see the coolies on Matunga station or Mumbai Central, they are dressed in jeans and T-shirts. Ditto Varun,” says a source close to the project.

Also, his character won’t spend much time on the railway station. “Once it’s established what Varun’s profession is, the film will quickly move to the comedy and drama outside the railway  station.”

Sara Ali Khan will be playing a character inspired by Karisma Kapoor from the original. “She will  play a feisty outgoing glib talker, just like Karisma.”

Two of the chartbusters composed by Anand-Milind for the original Coolie No 1 in 1995 will be re-imagined for the remake. These are Husn Hai Suhana and Main Toh Raste Se Ja Raha Tha.

Says a  source in the know, “We plan to keep the original songs as sung by Abhijeet-Chandana Dixit (Husn Hai Suhana) and Kumar Sanu-Alka Yagnik (Main Toh Raste Se Ja Raha Tha) in the remake. Why should David Dhawan re-mix those hits when they are popular till this day?”