It has been 2 months since Sridevi passed away, leaving behind her grieving fans and family members. 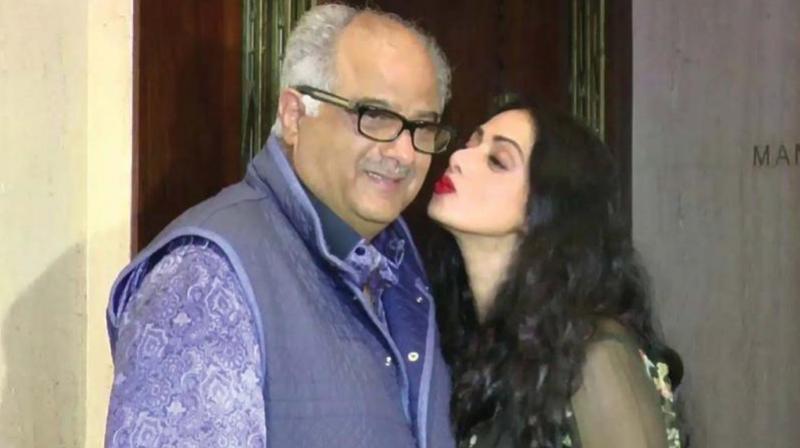 Sridevi with her husband Boney Kapoor.

Mumbai: It has been 2 months since Sridevi passed away, leaving behind her grieving fans and family members.

Her daughter Janhvi Kapoor will make her debut with ‘Dhadak’ soon, and it looks like Boney Kapoor misses his wife dearly.

Right after Sridevi’s demise, he posted a message to all her supporters, from the actress’ account.

Sridevi bagged the best actress award for her last film ‘Mom’ at the 65th National Film Awards which were held in New Delhi.

Thanking all her supporters yet again, Boney took to Sridevi’s Twitter account and posted a message for all to see.

With his latest tweet, it definitely appears that Boney Kapoor wants to keep his late wife’s memory alive through the account.