Irrfan will start shooting for the film by April and the hunt for the leading lady opposite Irrfan is still on. 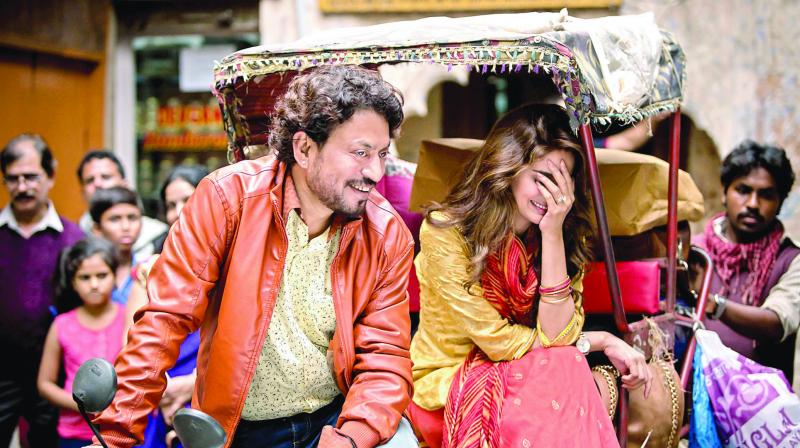 Irrfan Khan’s return to the film set is refreshing news for his fans who have been eagerly waiting for him to make a comeback. Irrfan who was undergoing treatment in London for neuroendocrine tumour returned to India in February.

Now, the power-packed performer is all set to begin shooting for the sequel to Hindi Medium and we reveal the twist in the tale. “While Hindi Medium was shot extensively in India, the sequel will be shot in the U.S. The story will revolve around the daughter, to be played by Radhika Madan, who leaves travels to the United States for her higher education,” a source reveals.

Irrfan will start shooting for the film by April and the hunt for the leading lady opposite Irrfan is still on. In the first part, Pakistani actress Saba played the lead role and now she will be replaced by a Bollywood actress.

Directed by Saket Chaudhary, the 2017 film revolves around a couple who wants to give their daughter the best education so that she becomes accepted by society.

Dinesh Vijan’s production Hindi Medium 2 will flash-forward by a decade to narrate the story of Irrfan’s character Raj. Homi Adajania will be directing the sequel to Hindi Medium with Irrfan playing the lead.