The couple's wedding almost two decades ago had a similarity with Virat Kohli and Anushka Sharma's marriage. 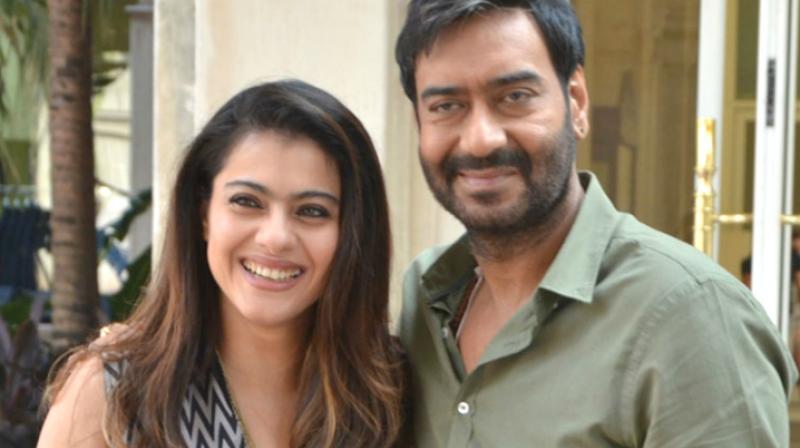 Ajay Devgn and Kajol have two children, Nysa and Yug.

Mumbai: The recent hype over Virat Kohli and Anushka Sharma's marriage just proved how much the citizens of the country and the media are interested in the lives of celebrities.

After being unsure if they were indeed tying the knot and being clueless about the date and venue for substantial amount of time, the media finally figured out that Virushka were set to get married in Tuscany, Italy and some of of them even landed at the location.

Something similar had happened to another celebrity couple, almost two decades ago.

Ajay Devgn and Kajol’s wedding venue got leaked by a Mumbai daily just few days before the scheduled date.

Trivia about the couple’s marriage goes that in order to avoid media coverage, they then decided to change the venue, and it turned out to be Ajay’s own house.

Not much is known about the wedding apart from this, and Ajay recently shared  a hilarious account of it.

Ajay was asked how he and his wife Kajol met in an interview to Mid-day and he said, “On a set. It's a very boring story. Actually, there is no story. I was the quiet one. She thought I was a snob. At first, we would hardly talk, but gradually started talking, and that's how it began.

He added, “There was no proposal! We became friends, and then realised we are seeing each other. One day, we decided to get married. I didn't want to make a big issue out of my marriage. So, I came out of my bedroom, got married on my terrace, went back to my bedroom!”

Considering the grandeur associated with weddings in general, this was surely a 'rarest of the rare' one and perhaps something you'd expect from Ajay.

But who'd complain about it when the marriage has been going strong since 1999.