Audiences can also watch the film in Telegu and Tamil. 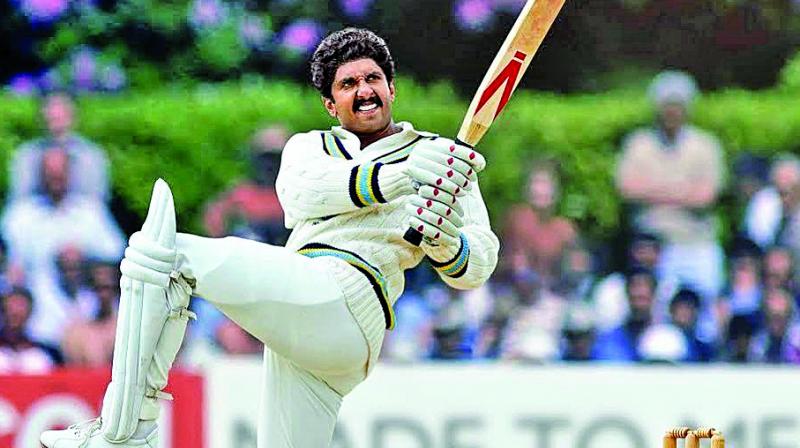 Ranveer Singh and Deepika Padukone among a host of others, the film will be releasing on April 10 this year.

Filmmaker Kabir Khan’s upcoming film ‘83 tells the inspiring story of the Indian cricket team bringing home the World Cup that year under Kapil Dev’s leadership. Starring Ranveer Singh and Deepika Padukone among a host of others, the film will be releasing on April 10 this year. Audiences can also watch the film in Telegu and Tamil.

Talking about the film, Khan says that cricket has always been a part of his life. “Kaunsa aisa Hindustani hai jisne bachpan mein cricket nahi khela hoga? (Which Hindustani hasn’t played cricket in their childhood?) I have played cricket on the roads of Delhi, so being associated with a cricket film is an amazing feeling. It’s an unbelievable story of the underdog; it’s a real human story of these cricketers,” he gushes.

The director is also elated to have Ranveer and Deepika on board. “We stayed at Kapil Dev’s house. Ranveer works hard and he would follow him (Dev) from early morning tea with business meetings. Ranveer would tell him, ‘I will sit in a corner’ but Kapil would say, ‘Who will attend my meeting if you are around?’ Ranveer is a great observer and he definitely does every move to the T. He is just ready to give his best. He has held the expressions exuberantly well. You will agree after watching the movie,” Khan asserts about his leading man. As for Padukone, he says, “She is an integral point. Her screen time is less, but Romi (Dev) is a strong character.”

The film also stars several other actors as the other members of the ‘83 cricket team, whom the director is extremely proud of. We wanted 14 boys who know how to play cricket, but they had to play like cricketers so they were trained for one year. They can play next season IPL. All the boys have worked hard, they are great actors,” he smiles.

The director-producer has put a lot of work into this film. “The job of the director is to see if the graph is going well or not. At times he can go overboard, so it was my job to bring him down. It’s not a Kapil Dev biopic, it is 25 days story from June 1 to June 25, 1983,” says Khan, who is working on two other projects that are still being scripted.