Entertainment   Bollywood  14 Feb 2017  'I was unsure of how the audience will react': Diljit Dosanjh on Phillauri look
Entertainment, Bollywood

'I was unsure of how the audience will react': Diljit Dosanjh on Phillauri look

He will be seen in a very different avatar in the film, much to the shock of the fans. 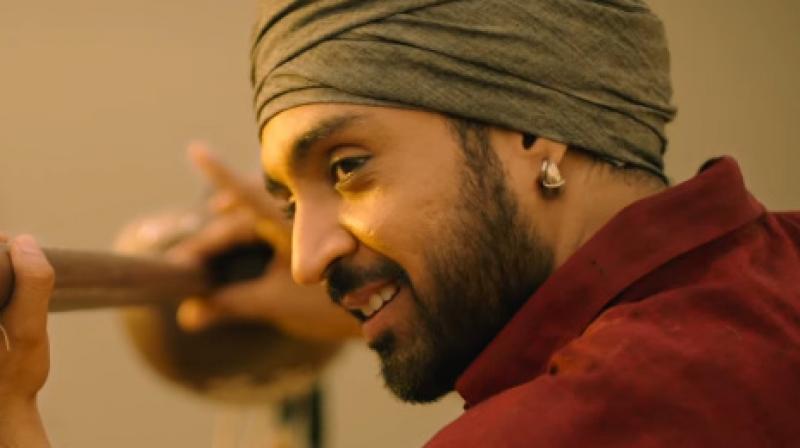 Diljit in a still from 'Phillauri'.

Mumbai: His superstar status in Punjab is well-known and Diljit Dosanjh is now keen to display his talent in Bollywood as well.

The actor, who made a spectacular Bollywood debut in Abhishek Chaubey’s ‘Udta Punjab,’ is gearing up for the release of his second film, ‘Phillauri’.

However, the multi-talented actor will be seen in a very different avatar, much to the shock of the fans, who have been used to seeing him in a particular look. For ‘Phillauri,’ which pairs him opposite Anushka Sharma, he has donned a retro-rockstar look.

Says a source, "Diljit's look in the film is unlike what his fans have seen before. He was initially a little skeptical about how his fans will react to his new look but he was in for a pleasant surprise and relief when his fans and industry alike showered him with praises for his get-up."

The actor has been so overwhelmed by the response that he has decided to use the same costume in one of his upcoming videos as well. He requested the film’s production team to grant him permission to use it.

"I was a little unsure of how the audience will react to my new look in the film but their response was heart-warming. The film team was kind enough to give the costume to me. I have decided to use it in one of my songs,” Diljit revealed elatedly.

‘Phillauri,’ also starring Suraj Sharma and helmed by Anshai Lal, is slated to release on March 24.