Kashyap, who over the years has earned the image of a rebel in Bollywood, said he can fight with anyone but Shah Rukh. 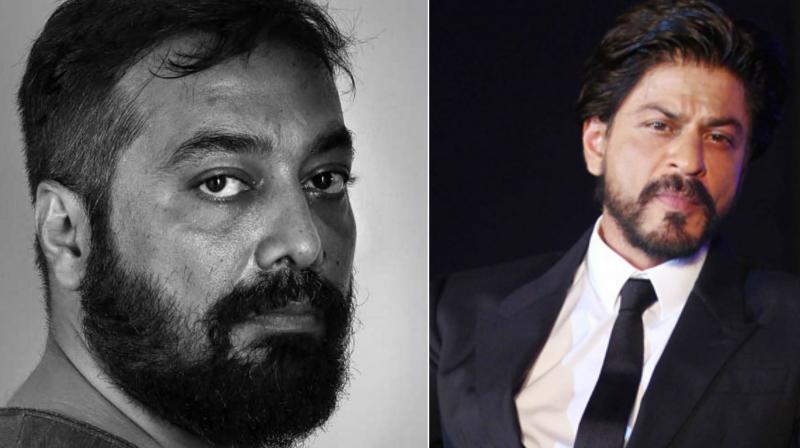 Mumbai: On the surface, Anurag Kashyap and Shah Rukh Khan may belong to different cinematic universes but the filmmaker vows not to leave Bollywood until he works with the superstar.

In his career of more than two decades, Kashyap several times came close to working with Shah Rukh, who also happens to be his Delhi University senior.

In a group interview, Kashyap said the 52-year-old actor was keen to work with him in "No Smoking", a film which eventually went to John Abraham.

"He wanted to do 'No Smoking' and he was very upset when I went away from him. I also went to him with 'Allwyn Kalicharan.' I wanted to do that with him and a big superstar from Hollywood. Everything was almost done but then again (it didn't happen).

"But we will work together. I won't go anywhere without making a film with Shah Rukh Khan... I will write a film that will lure him. He should be attracted to it, he should be dying do the film," he said.

Calling his relationship with SRK "strange", the director said he is in awe of the actor.

"He is my senior from university, he has been there like a big brother helping me. He is super successful. When he loves you, he approaches things like, in my struggling years, (he used to tell me), 'if you do what I tell you to do, your problems will disappear'. But I didn't want him to make my life," he said.

Kashyap, who over the years has earned the image of a rebel in Bollywood, said he can fight with anyone but Shah Rukh.

"He is the only guy I can never speak upto. I can fight with the world but not him. If he scolds me, I'll sit in a corner and cry. He is someone I have this love for. I love him to death," he said.

The director revealed SRK often pokes fun at him, bullies him but he is charming as well.

The 45-year-old filmmaker was speaking on the sidelines of 'India and the world - The Changing Narrative' film festival conceptualised by writer Anuraadha Tewari, held at Chhatrapati Shivaji Maharaj Vastu Sangrahalaya, here.

Kashyap, who is a regular at various Indian and international film festivals, said movie fests "saved" him.

"Film festivals showed me a way how to make low budget films. In the sense, while I'm making a film which doesn't have a lot of pedigreed star cast, the interest in the project is created by film festivals. If my films works there, it'll help me create awareness here."