The lovebirds got married on 11th December and will host a reception on 26th December in Mumbai. 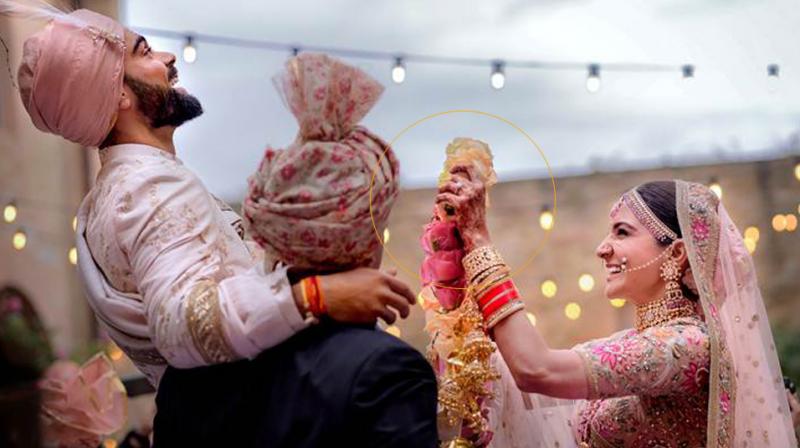 Mumbai: Virat Kohli and Anushka Sharma’s wedding was no less than a fairytale. Along with a perfect location, the couple made sure that everything, including their clothing, was grand, and totally worth the one-time event.

Something apart from the designer wear that caught everyone’s interest was Anushka’s wedding ring. Virat also spent a considerable time behind finalizing on the ring worth Rs. 1 crore.

A source close to the couple revealed to BollywoodLife, “He’s picked a very rare diamond ring for Anushka that has been specially crafted by an ace designer from Austria. The design is unimaginably beautiful and reflects surprising elements, every time you see it from different angles. It costs about Rs. 1 crore but it’s totally worth the money because whoever will see it, definitely wouldn’t be able to take their eyes off it.”

The lovebirds got married on 11th December and will held a reception on 21st and 26th December in Delhi and Mumbai respectively.