Saif Ali Khan narrated an interesting anecdote about an embarrassing date his little sister went for. 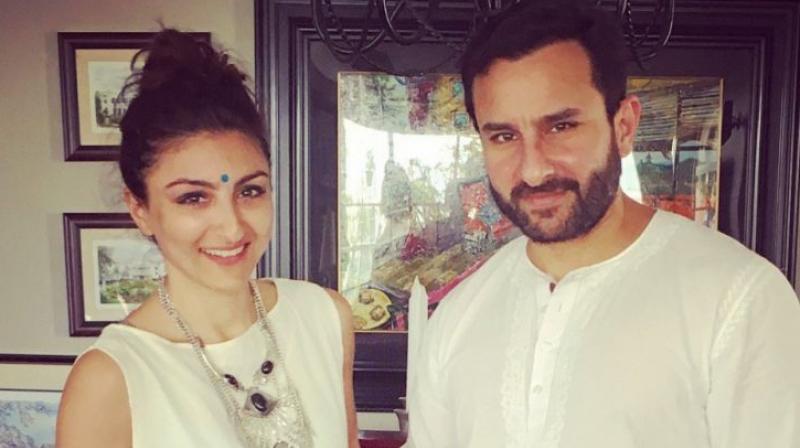 Mumbai: Soha Ali Khan is extremely happy as her book titled The Perils of Being Moderately Famous launched yesterday. At the book launch, entire Pataudi clan came to support Soha on her big day. While reminiscing about old memories, elder brother Saif Ali Khan narrated an interesting anecdote about an embarrassing date his little sister went for.

"She had gone out for dinner once. It was before she had met Kunal...I hope he doesn't mind me for saying it. It was kind of a date. He was a really wealthy guy, a big industrialist. He was talking to Soha and Soha was really bored. I don't know if she was already seeing Kunal at that time," Saif narrated the incident.

Both Soha and Kareena cut in saying, "No," and Saif continued, "She just went out to be polite. So, a friend messaged her to ask how was it going and Soha replied saying, 'It's boring'. Only she messaged the guy. And now this is Soha - She asks the guy for his phone, takes it, deletes the message, hands over the phone and carries on. That's my sister, Soha."

Soha had earlier posted a cute picture of her daughter Inaaya posing and 'reading' her book.

When asked if he ever thought of writing a book, Saif said that he would love to write a horror story or a political satire. “Yes, ghost stories. Chilling tales of life in the movie industry. I’d like to write a book on something like that or political satire or comedy. So, it would be comedy, political satire of horror. I am not sure,” Saif, who is an avid reader, said.

Saif Ali Khan and Kareena Kapoor's son Taimur will be 2-year-old in a few days and the couple is quite excited about it. Saif is busy promoting his upcoming film 'Kaalakaandi' and also filming for 'Baazaar' while Kareena is about to finish her next film 'Veere Di Wedding'.