Rome is the honeymoon destination for Virat and Anushka

It shouldn’t come as a surprise if Virat Kohli and Anushka Sharma choose Rome after their Italy wedding. 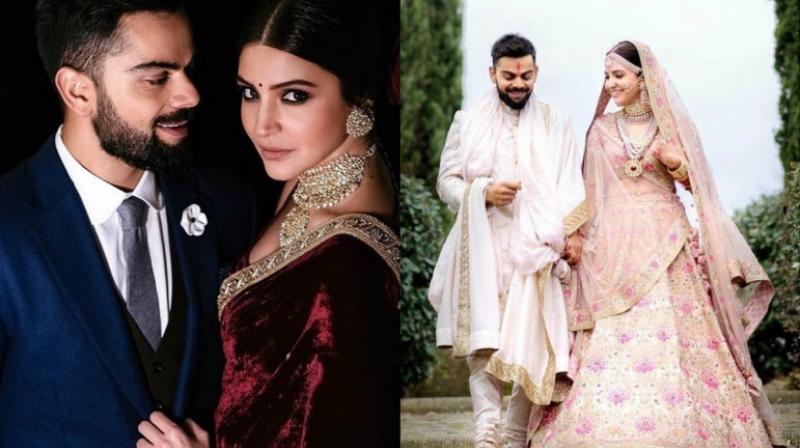 Virat and Anushka looking ethereal at their wedding.

Mumbai: Virat and Anushka chose Tuscany, Italy for their wedding. So it doesn’t come as a surprise if the couple chooses Rome as their honeymoon destination.

Post the marriage ceremony, Mrs. and Mr. Kohli, along with their families, checked out of Borgo Finocchieto at 3 pm on December 12. The families, according to Pinkvilla, is returning to India for the reception preparations. But the lovebirds are now visiting Rome to spend their honeymoon there.

Virat will host the reception in Delhi on 21st December for his extended family while Anushka’s reception in Mumbai on 26th December will see the presence of celebs like Sachin Tendulkar, Shah Rukh Khan, Aamir Khan and Yuvraj Singh.

Anushka will accompany Virat for his match practice and be with him till New Years. She will be back in Mumbai in the first week of January to begin the next schedule of Aanand L. Rai’s untitled dwarf film with Shah Rukh Khan. Along with that, she will also be prepping up for ‘Sui Dhaaga’ like Varun, and she will also be promoting her production movie ‘Pari’ which is slated to release on 9th February.