Ranveer Singh and Anushka Sharma had worked together in the 2010 release ‘Band Baaja Baaraat’. 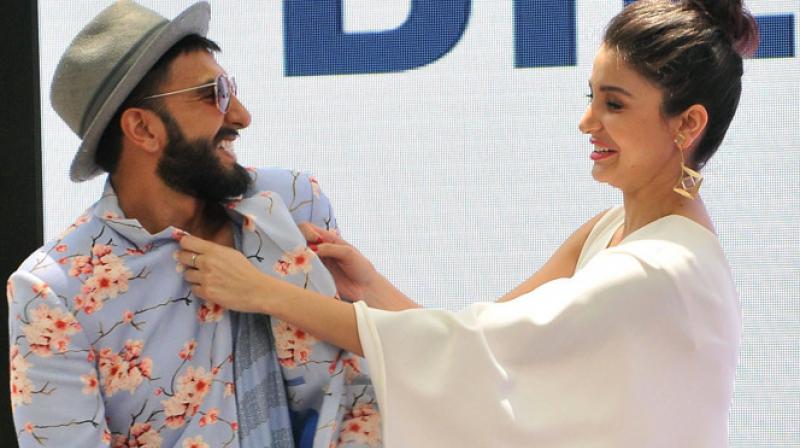 Ranveer and Anushka at an event.

Mumbai: Virat and Anushka’s wedding has become the talk of the town since a few days now. Bollywood celebrities wished the newly-married couple and in an unexpected turn, a condom brand, that too the one endorsed by Ranveer Singh, congratulated Virushka for their marriage.

"Congratulations Virat and Anushka. Let nothing come between you except Durex," read the tweet. The caption was an equally delightful word play, which read, "Finally, Virat Kohli bowled his maiden over. #VirushkaKiShadi"

Ranveer and Anushka worked together in ‘Band Baaja Baaraat’ in 2010. Interestingly the film was about the journey of wedding planners.