The actor shared a video on Instagram, which featured leading lady of 'Sooryavanshi' Katrina Kaif showing an article on fall-out. 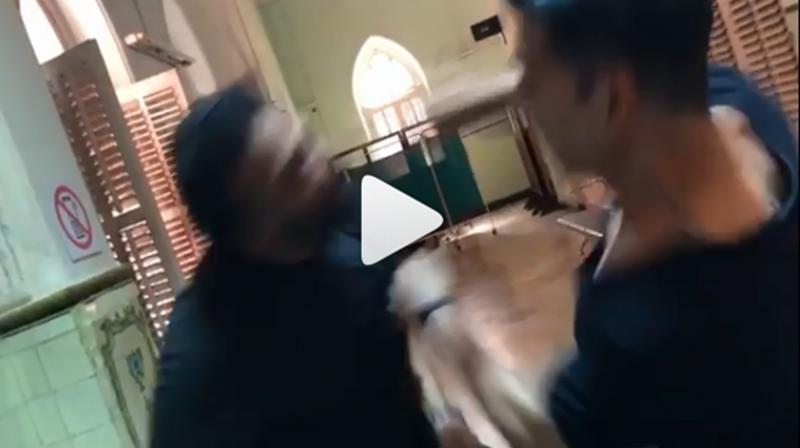 Mumbai: Superstar Akshay Kumar and filmmaker Rohit Shetty on Tuesday gave a cheeky response to the reports of a rift over their much-anticipated cop drama "Sooryavanshi".

Akshay, 52, shared a video on Instagram, which featured the leading lady of "Sooryavanshi" Katrina Kaif showing an article on the fall-out.

As Katrina exits the frame, Akshay and Rohit enter and get into a gimmicky fight, saying they had to behave this way because of the reports.

"Leave us, we have to fight because we had a fall-out," the actor said in the video. "#BreakingNews - A fall-out which might just make your day @itsrohitshetty @katrinakaif" he wrote in the caption.

#BreakingNews - A fallout which might just make your day 🙃 @itsrohitshetty @katrinakaif

"Sooryavanshi", co-produced by Rohit and Karan Johar, in association with Reliance Entertainment and Cape Of Good Films, is a fourth film in the director's cop universe.

He has previously helmed Ajay Devgn-fronted "Singham" and "Singham Returns", as well as Ranveer Singh's "Simmba".

Both Ajay and Ranveer will make cameo appearances in "Sooryavanshi".

The film is scheduled to be released on March 27.