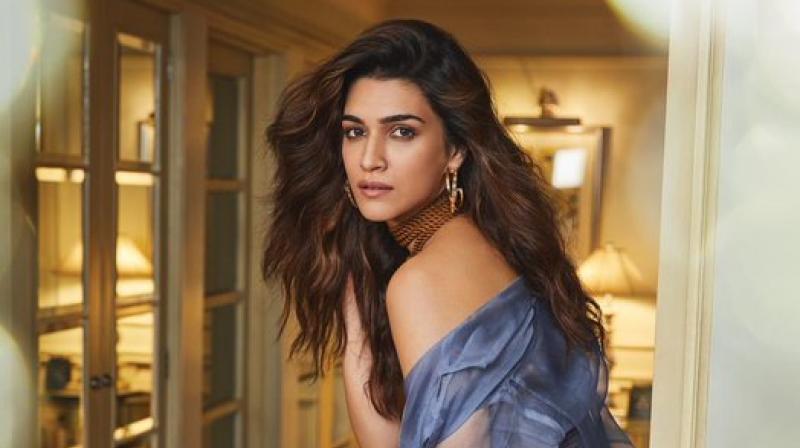 New Delhi: Christmas 2020 is going to be merrier as Kriti Sanon has been paired opposite Akshay Kumar once again for 'Bachchan Pandey'!

The film is being helmed by Farhad Samji and produced by Sajid Nadiadwala in association with NGE Movies, will see the two romancing yet again after their last release 'Housefull 4'.

Announcing the news on Twitter, the official handle of Nadiadwala Grandson welcomed the actor writing, "We're extremely happy and elated to announce the charming Kriti Sanon is here to make our Christmas 2020 merrier than ever! Welcome back to the #NGEFamily with #BachchanPandey!"

We’re extremely happy and elated to announce the charming @kritisanon is here to make our Christmas 2020 merrier than ever! 😍
Welcome back to the #NGEFamily with #BachchanPandey! 🔥@akshaykumar #SajidNadiadwala @farhad_samji @WardaNadiadwala pic.twitter.com/nTk14hlILq

While Kriti is the latest entry, Akshay's first look from the feature was already out in late July in which he was seen donning a black lungi with a golden border. Moreover, adding to his tough look, the actor put on think chunk of gold chains with a nunchak in his hand and forehead smeared with vibhuti and red tilak.

The film is set to lock horns with Aamir Khan starrer 'Laal Singh Chaddha'. With this, Kriti has added another to her long list of projects including the upcoming release 'Panipat' and 'Mimi', shooting for which commenced recently.

The 'Heropanti' actor has had a year marked with releases with three of her films hitting big screens this year - 'Luka Chuppi', 'Arjun Patiala' and 'Housefull 4'.