Kangana practised sword fighting for eight hours a day, and convincingly pulled off each stunt. 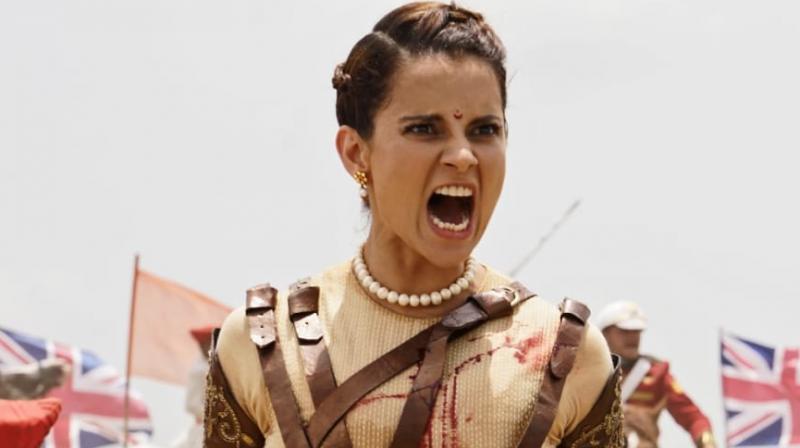 Kangana Ranaut will be seen as Manikarnika Tambe aka Rani of Jhansi in her upcoming film Manikarnika: The Queen of Jhansi. The period drama tells the story of fearless woman who fiercely tore the British flag, and ripped apart their soldiers single-handedly with her sword and anger. In the recently revealed teaser of the film, Kangana looked extremely convincing while taking on the enemies, riding the horse, and attacking them with swords, guns or the bow and arrow.

In a conversation with media, Hollywood stunt director Nick Powell was all prise for Queen star as he revealed that Kangana insisted on doing all the action sequences by herself which left him mighty impressed with her immense dedication. Interestingly, Powell has worked with Hollywood biggies like Gladiator fame Russell Crowe, Tom Cruise, Brad Pitt, and many others.

He also told, “Kangana insisted on doing all the action herself. The idea was to show a warrior who has been learning the ropes from a young age. Kangana practised sword fighting for eight hours a day, and convincingly pulled off each stunt. I have worked with the likes of Russell Crowe, Tom Cruise and Brad Pitt, but she gave me the unique experience in which an actress was leading the pack. There were times when she pulled off smoother stunts than Tom Cruise.”

He added, “They (filmmakers) wanted to better what they had achieved. So when I requested for an additional crew of 25 experts who specialise in rope work and sword fights, they immediately agreed.”