The film’s director Sajid Khan has been accused of sexual harassment by three women and has stepped down from his directorial position. 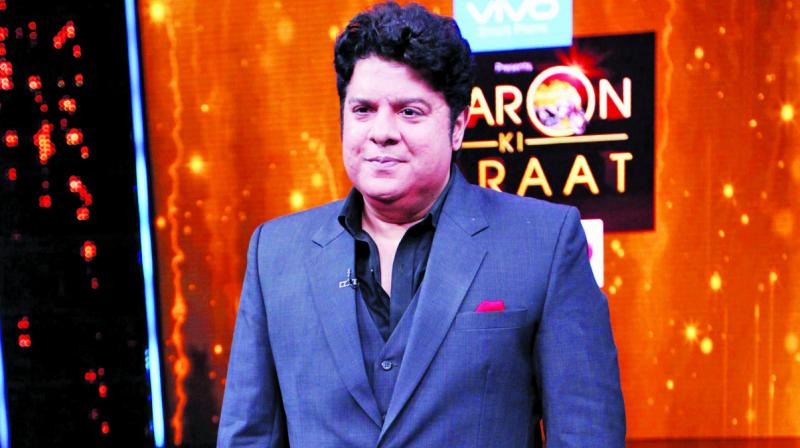 Putting his weight behind the #MeToo campaign, Akshay Kumar has asked the producers of Housefull 4 to “cancel the shoot until further investigation.” The decision was in the wake of charges of sexual misconduct against the film’s director Sajid Khan. The first two films of the franchise were also directed by Sajid and starred Akshay.

Then he asked weird questions like if I would ever get a breast job, and talked about how sex is really a mental connection.” The interview was just the beginning of the abuse and once Saloni became the ‘directors assistant’ things got worse. She writes: “When I first started working for Sajid, he said I was a ‘director’s assistant’ and not an ‘assistant director’ which apparently meant that I’d have to do his work directly.” Opening up about the traumatic experience Saloni also mentioned how Sajid flashed at her and ‘tried to grab my hand and put it on his d**k to show me that I didn’t give him a boner.’ 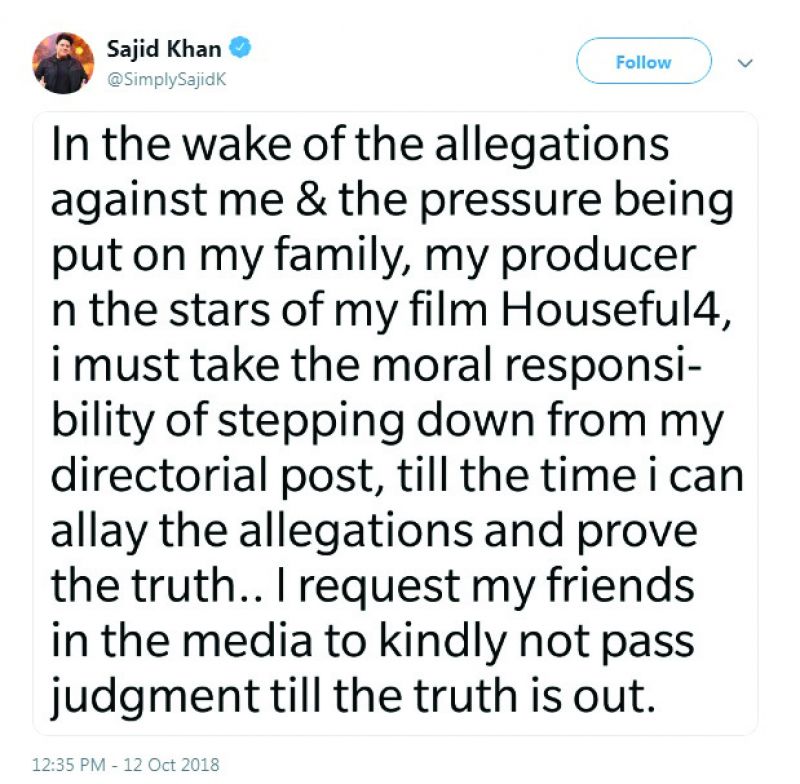 Following Saloni’s tweet, actress Rachel White also opened up about a similar abuse from Sajid. Replying to Saloni, Rachel narrated how she was asked to strip in his home on the pretext that the film required her to don a bikini. When she refused, he kept insisting. “Finally he goes ‘listen no one has a problem with these things’ (and obviously named people) and that if I could seduce him in 5 mins, the role was mine,” she added.  Even Journalist Karishma Upadhyay who had the misfortune of interviewing Sajid Khan in early 2000s narrated her story on Twitter. She writes, “Thru the interview he talked about how large his penis is and how he knew how to satisfy a woman. 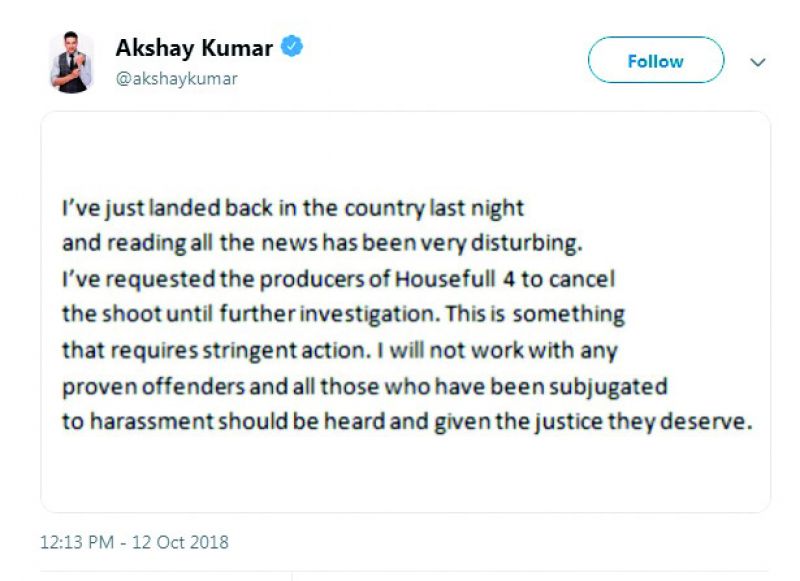 He walked out of the room to show me some DVD from his collection. When he returned, his penis was out.”  All the allegations had a major impact as Sajid Khan, who was currently filming his Housefull 4, has now stepped down from the directorial position. According to a source, “The film has been stalled for now and the entire star cast is packing their bags to return to Mumbai. The last schedule of the film was to be shot in Mumbai and now it seems the film will be put on hold till things get clear.” The source further added, “Also considering the fact that Housefull 4 is a big budget film, the producers may get some other director on board to complete the shooting. However, no official confirmation has come out from the makers yet.” 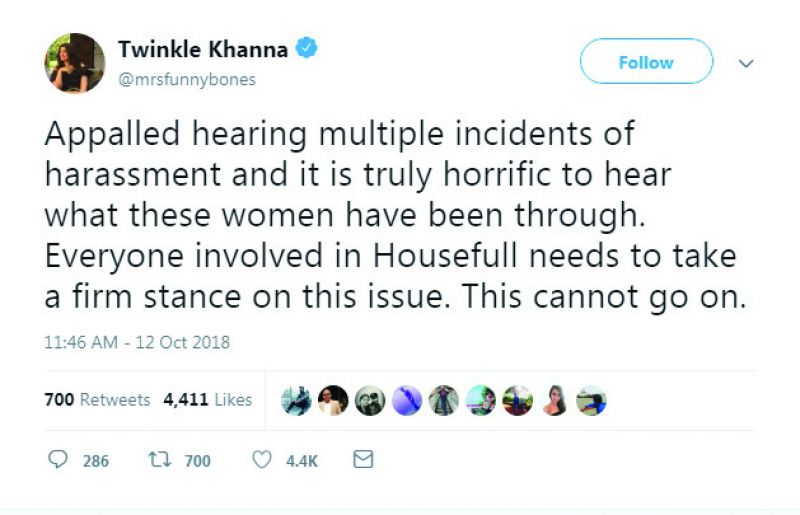 Following the uproar, few industry members raised their voices to show support towards the survivors. Twinkle Khanna tweeted saying, “Appalled hearing multiple incidents of harassment and it is truly horrific to hear what these women have been through. Everyone involved in Housefull needs to take a firm stance on this issue. This cannot go on.” Soon after his wife’s tweet, Akshay Kumar tweeted to assure his followers that he will not work with proven sexual offenders and has also requested the producers to halt the film shoot. Actress Tapsee Pannu also replied on Saloni’s tweet saying, “I don’t know what to say after reading this. Just feel like giving u a tight hug. I wish I could say it will all be fine but can’t coz I really don’t know if it ever will.”

In his defense, Sajid Khan also put up a Twitter post in which he confirms stepping down from the directorial position of Housefull 4 ‘till the time I can allay the allegations and prove the truth’. Apart from Akshay Kumar, none of the cast members of Housefull 4 have taken a stand on this matter.