The T-Series head reacted immediately as the post started going viral and he intends to take action. 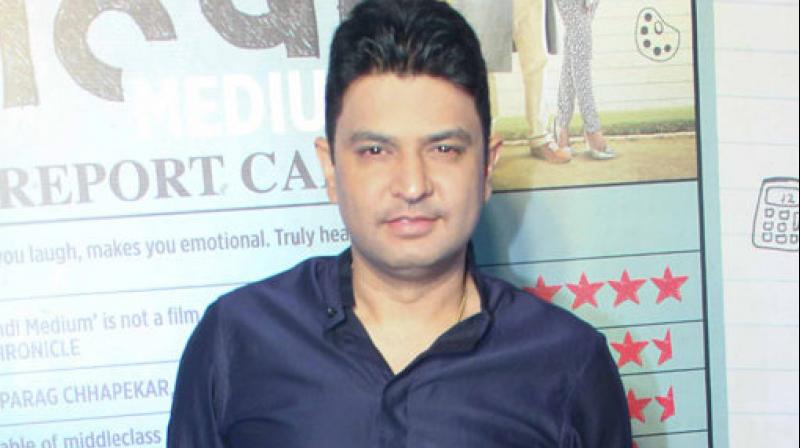 Mumbai: T-Series honcho Bhushan Kumar Friday denied the sexual harassment allegations against him, saying the claims are being used a tool to malign his reputation.

An anonymous Twitter user accused Kumar of propositioning her on the pretext of signing a three-movie contract with his production house.

The user in her Twitter post had detailed how Bhushan wanted to sign her for a three-film deal and make her a superstar as he saw a lot of potential in her. But later he asked her to come to his bungalow in Versova, which she refused and he also said he was looking for ‘relationship that involves both work and pleasure.’ She claimed after repeated attempts that went futile, she was informed she was dropped from the project because she ‘refused to sleep with the ‘boss.’’ She alleged when she refused Bhushan's offer, he threatened he would spoil her career if she shares her account.

This is my #metoo about #tseries head honcho #bhushankumar. @MasalaBai @spotboye @mumbaimirror
I have to use a pseudonym for my own safety and anonymity pic.twitter.com/vkzoiZxkpS

"I am appalled and anguished to know that my name has been dragged in this #MeToo by some anonymous person(s). The allegations against me are bad on the face of it. I have enjoyed an impeccable reputation and have always maintained professionalism. The tweet has been used as a tool to defame me and malign my reputation," Kumar said in a statement to PTI.

The producer said he would be lodging a complaint with the cyber cell of the Mumbai Police.

"I have taken this allegation very seriously and lodging a complaint with the cyber cell of the Mumbai Police to track the mysterious people(s) whose twitter handles have disappeared within seconds of uploading the malicious tweet. I'll take all such actions as I will be legally advised," he added.

Many big names in the Bollywood such as Vikas Bahl, Subhash Ghai, Nana Patekar, Alok Nath and Sajid Khan stand accused of harassment as India's #MeToo movement picks up steam.