The African couple's lip-synching the song so perfectly that fans can't miss watching. 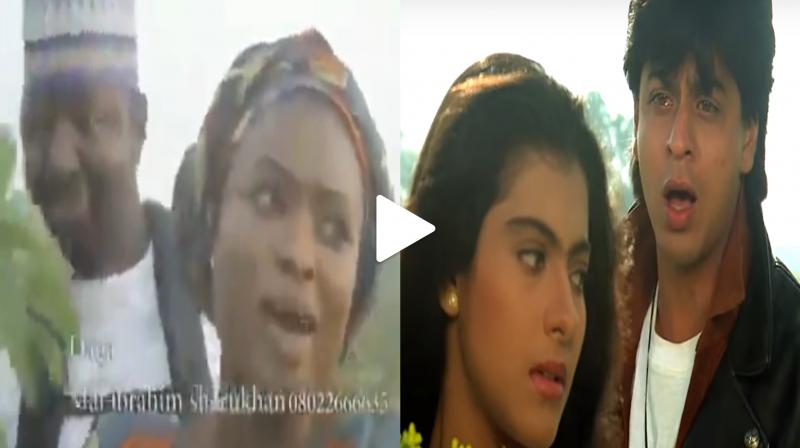 Mumbai: Shah Rukh Khan and Kajol are undoubtedly considered as the most loved Bollywood on-screen couples in the world. Their chemistry is still refreshing and fans can't wait to see them again on the big-screen.

Amidst all, Anupam Kher has recently shared a video of an African couple who are indeed SRK and Kajol of their nation, Kenya. Interestingly, Anupam shared a video of Kenya's Shah Rukh Khan and Kajol on Twitter. He wrote, "Presenting #Sharukh and #Kajol from Kenya lip-synching the eternal love song from the eternal #dilwaledulhanialejayenge.” Anupam added that the video has been shared with him ‘by the man who composed the song, @pandit_lalit.’ He finished by declaring, “Music is universal.”

Presenting #Sharukh and #Kajol from Kenya lip-synching the eternal love song from the eternal #dilwaledulhanialejayenge. Video shared by the man who composed the song, @pandit_lalit. Enjoy.🤓🙏😎😍 #MusicIsUniversal pic.twitter.com/5gwga3kARv

In the video, one can see the duo enacting all-time famous romantic song, 'Tujhe Dekha' from blockbuster Dilwale Dulhania Le Jayenge (1995) in which Shah Rukh Khan and Kajol played their iconic characters Raj and Simran respectively. Notably, the African couple's lip-synching the song so perfectly that fans can't miss watching.

I’m telling you these Nigerians REALLY DO watch more Bollywood than us desi people 😂 the boys are back with another cover pic.twitter.com/YtwQSiwtEu