So has Nushrat met Ranbir and spoken to him sometime in real life? She reveals that she has not. 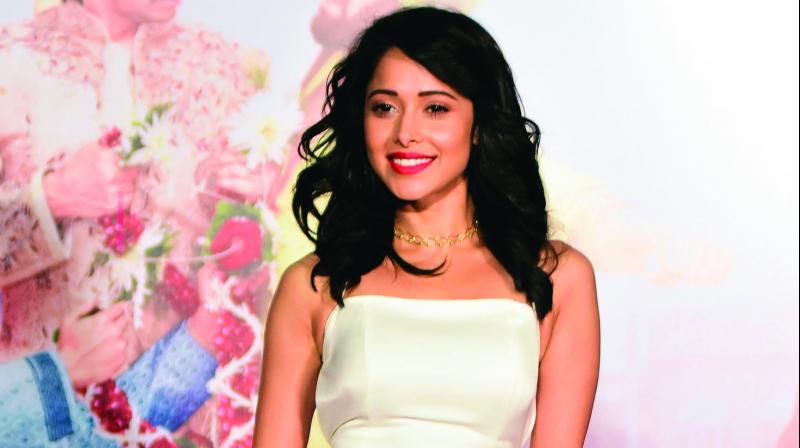 Nushrat Bharucha has become a personality to reckon with after she played the wonderful role in Sonu Ki Titu ki Sweety. Every actor’s career graph moves ahead if their last Friday becomes a hit at the box office. So with SKTKS being loved by one and all, lady luck seems to have been smiling onto Nushrat. The petit beauty Nushrat will be soon seen playing a pivotal role with none other than the National Award winning actor Ayushman Khurrana in her next, Dream Girl. Since the title of the film is, ‘Dream Girl’, we quiz her about her “Dream Boy” in her real life? Nushrat laughs aloud and says, “My dream boy is Ranbir Kapoor. I have great love and respect for Ranbir for being such an exuberant actor. I do not miss any film of his. In fact, I love all his films undoubtedly. Barfi was one of his best films. I also loved his film, Rock Star, a film that had such emotional and touchy songs. However, I feel most of his films have great, ear-soothing emotional numbers.”

So has Nushrat met Ranbir and spoken to him sometime in real life? She reveals that she has not. “Last year he had attended my Birthday party. But, I was just awe struck with his presence itself. In fact, Ranbir’s short presence on my birthday is something that will always be with me,” she says.

On the subject of her real love, she smartly evades the question by giving short and a brief answer, “My love life has taken a back seat.” About her future projects, she updates, “I can only confirm after Dream Girl I will be seen doing a song/dance number in Maarjavaan.” The dance number in Maarjavaan is a soulful and breathtaking number.” Speaking of how she landed this project she says, “Since I love to dance and was present there while the director was planning to sign someone, I put forth my wish of performing this. However, giving them an option of performing a dance number in this film made the makers a bit surprised, but they were happy. So, we zeroed  in on the dates and started shooting.”