In a video posted by her trainer, the actress is seen setting fitness goals by lifting heavy weights. 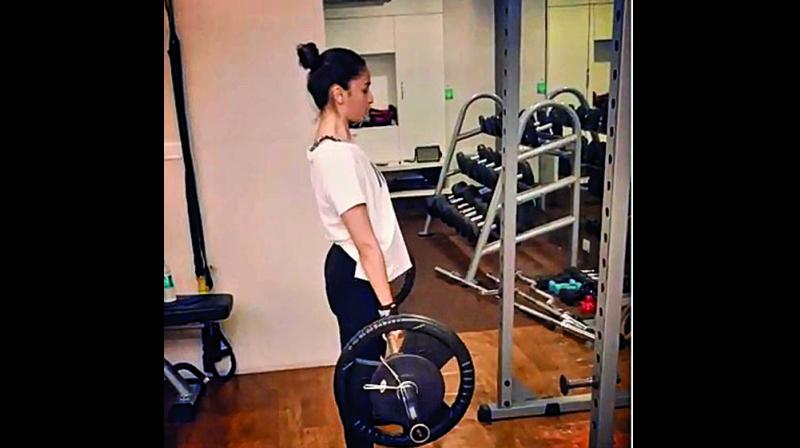 Screengrab of the video

Alia Bhatt has too much weight on her shoulders with the kind of women-oriented films she has been spearheading. But the Raazi actress, who earlier deadlifted 10 sets of 50 kgs, followed by a 60 kg lift, now deadlifted 70 kgs.

Her trainer Sohrab Khushrushahi posted a video that has gone viral where she deadlifts 70 kgs.

“The first time she tried a deadlift, we used one single 20lb dumbbell. She managed to get in five reps at 50 kgs and she rocked it. Today was lifting day and we felt we had the energy to push that weight a little higher. After a few warm up sets, she cruised through three reps at 60kgs, which was a personal best for her anyway (I missed a count and I got the stare). Next, we decided to push it even further and do just one rep at 70 kgs,” says a post from the gym Sohfit.

Little Miss Bhatt indulges in pilates, aerial pilates and weightlifting to get her body in shape for the films she does. With the Bhatt gene always pushing boundaries, this is surely something that many aspirants can learn from.
— Sanskriti Media